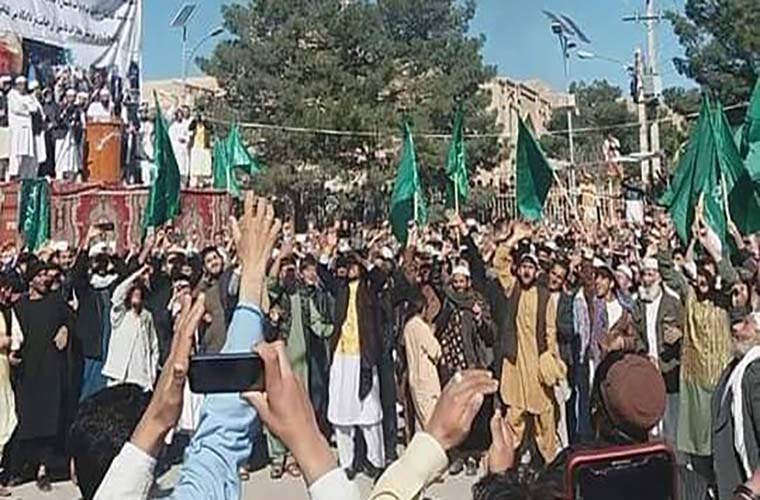 Afghanistan and BD protest against brutalities against Indian Muslims.
Thousands of people have held protest rallies in Afghanistan and Bangladesh.
The protesters condemned the state-sponsored brutalities being committed against Muslims in India and occupied Kashmir.
The protestors condemned attacks on mosques, religious seminaries and oppression against Muslims in India.

In Kabul, the civil society organized a protest rally which started from Shahr-e-Naw Park and headed towards Indian embassy.
However, the participants were not allowed to go towards the embassy.
Participants of the rally were carrying banners in support of the oppressed Muslims of India and condemned the ongoing brutalities against Indian Muslims by the Modi-led regime.
The speakers also demanded of the Afghan government to sever diplomatic ties with India over brutalities against Muslims.
Another protest rally held in Herat city after Friday prayer.
Bangladesh protest
In Bangladesh, different religious groups staged a protest demonstration in front of Bait-ul-Mukaram in Dhaka.
They condemned unprovoked attacks and killing of Muslims in India. Participants of the rally also chanted slogans against Indian government.
Moreover, they expressed solidarity with their Muslim brethren who continue to remain under constant wrath of communal riots in India.
They offered special dua for the victims of New Delhi attacks in particular and for persecuted Muslims of India in general.
MWM holds protest demos against Indian atrocities in major cities
Pakistan sees danger to regional peace due to intolerant attitude of India under Modi govt
PM thanks Iran Supreme Leader and Turkish President for Muslims of India and IOJK
GTV