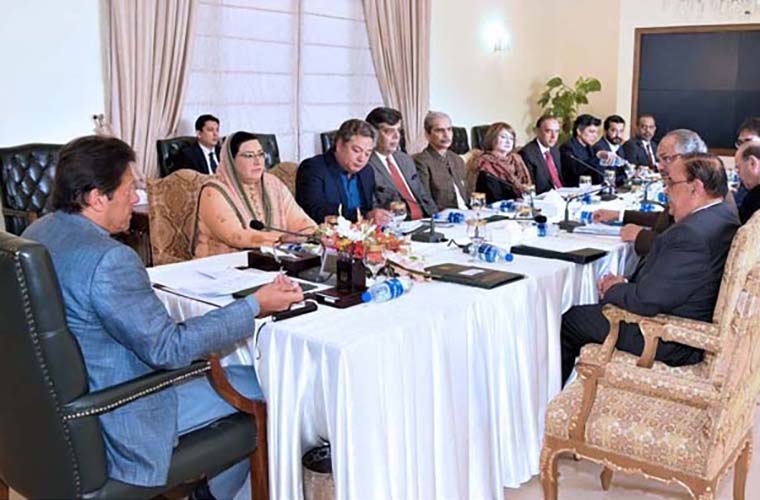 Prime Minister vows action against locust swarms which he called national emergency.
Prime Minister Imran Khan made this pledge while chairing a high-level review meeting on eradication of locust in Islamabad today (Friday).
He announced to provide all necessary resources required for action against locust swarms in the country.
He declared it a national emergency.

PM Khan said federal government would take all out efforts to control the locust.
Sindh Chief Minister Syed Murad Ali Shah participated in the meeting via video link from CM House Karachi.
He said that his government has spent 696.19 million rupees to control the attacks but the threat was so serious that there is dire need to devise a National Action Plan to control the situation.
He said breeding season of locust which has settled in the deserts of Thar and Nara would start breeding from July to December this year and during the same period they would breed in Cholistan of Punjab.
Talking about losses caused by Locust swarm attacks, Sindh chief minister said that 168701 acres of cropping area have been affected, while 997260 acres of desert area has also been affected by locust.
The chief minister also urged the prime minister to hire aircraft from China or UAE for conducting aerial spray.
Drugs weighing three hundred tons will arrive in Pakistan from China next week in the first phase to control the spread of locust in the country.
Chinese Ambassador to Pakistan Yao Jing said during a meeting with Chairman National Disaster Management Authority Lt. Genera, Muhammad Afzal in Islamabad today.
He said China will provide anti-locust spray and machinery to Pakistan in three phases.
Yao Jing said Chinese technicians will also train Pakistani workers in the use of spray machinery.
Speaking on the occasion, Chairman NDMA said China can help Pakistan control locust and establishment of an emergency air ambulance service.
GTV