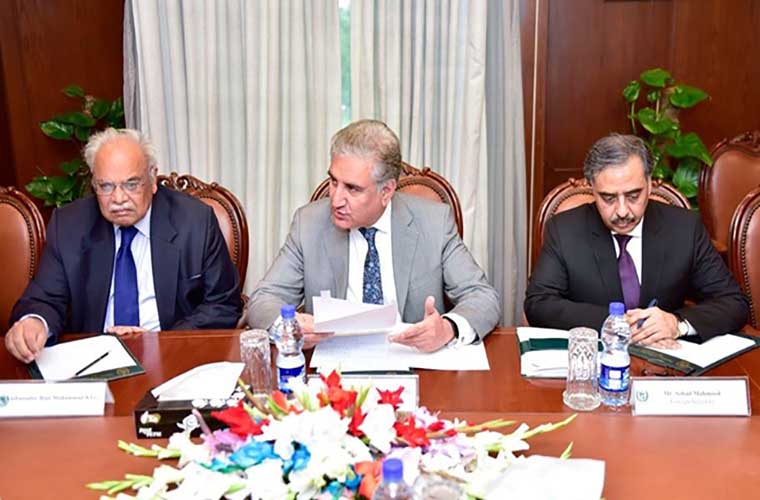 Pakistan sees danger to regional peace due to intolerant attitude of India under Modi government.
Foreign Minister Shah Mahmood Qureshi expressed these views while chairing a consultative meeting in Islamabad.
The meeting reviewed Pakistan’s diplomatic efforts on this issue of core importance. It discussed the rising situation in the Indian Occupied Jammu and Kashmir.

FM Qureshi said the intolerant attitude of India is dangerous for peace in the region because the Modi government has been involved in gross human rights violations in occupied Kashmir.
The meeting also stressed on the need for informing the world countries and related institutions about the volatile situation of the held territory.
The Foreign Minister also briefed the participants on the Government’s decision to send special envoys to important capitals for highlighting the gravity of the situation in Indian Occupied Kashmir.
The envoys would brief the world on ts implications for regional as well as global peace and security.

Pakistan thanks Iran and Turkey

According to Radio Pakistan, Iran Supreme Leader Ayatollah Seyyed Ali Khamenei says hearts of Muslims all over the world are grieved over the massacre of Muslims in India.

In a tweet, Imam Khamenei urged the Indian government to confront extremist Hindus and their parties.

He urged Indian govt to stop the massacre of Muslims to avoid its isolation from the Muslim world.