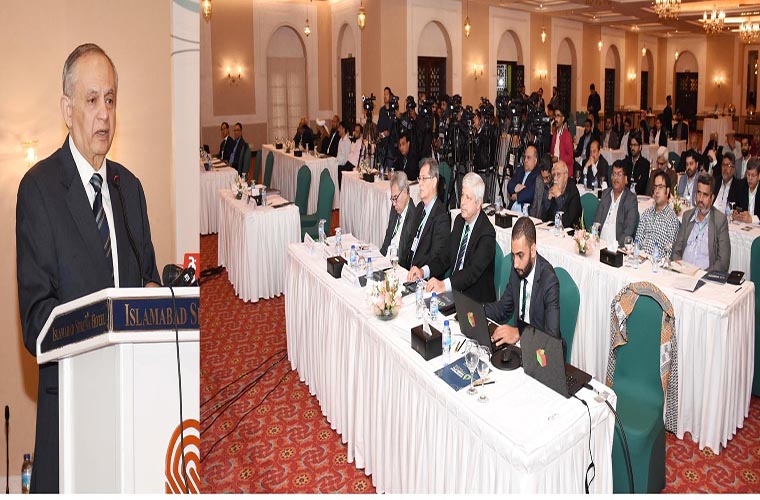 He called for enhancing Pakistan-Brazil bilateral cooperation to exploit the existing potential of bio-energy (Ethanol) and value addition in Agriculture field.

He said while addressing a technical seminar on “Sustainable Mobility: Ethanol Talks-Pakistan,” jointly held under the aegis of Pakistan Sugar Mills Association and Brazilian government.

The adviser noted Brazil as the largest sugarcane and second largest ethanol producer in the world.

He also said that Pakistan was also having huge production in these agriculture commodities.

Hence, p roviding an opportunity for the country to utilize Brazilian experience and technology for benefit of the country’s economy.

“We need to learn from Brazilian experience and take benefit of their technology in ethanol sector for the long-term benefit,” he said.

Moreover, he said that the government was taking measures to facilitate sugarcane and ethanol sector of the country.

He said that Pakistan had huge sugarcane farming sector, hence it had no choice but to invest in agriculture sector and ensure best possible processing of the agricultural produce to boost exports.

He said that the technology could help the country produce better fuel in the form of ethanol, highlighting the need to sensitize people about this benefits of this kind of fuel, which could also be used in pharmaceutical sector.

Razak Dawood was of the view that country’s exports could be enhanced manifold through the value-addition of agriculture products.

He said it would support in improving balance of payment situation, enhance energy resources and in addition reduce environmental pollution.

First ever conference in Pakistan on the topic

The adviser said that this was the first ever conference held in Pakistan on this particular topic, expressing the hope that it would come up with workable suggestions to promote this sector.

Talking about the trade balance situation, the adviser said that Pakistan was facing trade deficit, however there was now considerable improvement in the country’s exports which was good for economy.

He said that in dollar terms, the exports from Pakistan, on year-on-year basis, had increased by 13.6 percent, which showed that the economy was now moving on right direction.

Brazil is the second largest ethanol producer in the world, producing 33.1 billion litres, out of which 30.8 is consumed domestically whereas 1.8 billion liters are exported, hence earning huge foreign exchange reserves for the country.

Likewise, Brazil exports approximately 40 percent of global sugar to more than 100 countries as it produces 29 million tones sugar, out of which, it exports 19.9 million tones. In addition, the bio-fuel is the fourth electric power sources in Brazil as 21.5 TwWh bioelectricity is produce through it.

The seminar was organized by the Ministry of Foreign Affairs and Apex-Brazil, Brazilian Trade and Investment Promotion Agency, UNICA, the Brazilian Sugarcane Industry Association and ALPA, Brazil’s Ethnol Cluster.

The objective of the seminar was to promote ethanol as a modern and sustainable option for mobility. Ethanol is capable of generating immediate positive impacts on energy security, health, reduction of local air pollution and greenhouse gas emission.

Foreign Office condemns use of Afghan soil for terrorism against Pakistan