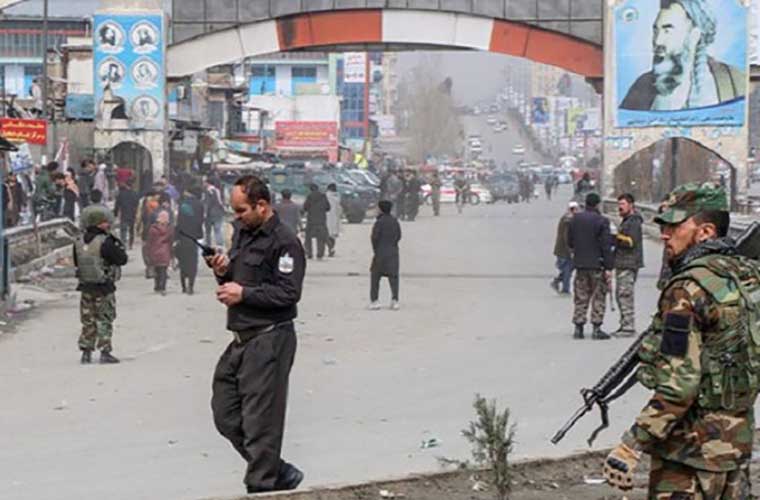 Kabul rocket attack kills 27 as Abdullah Abdullah luckily escapes unharmed, according to CNN.
The Cable News Network further reported Friday that twenty-seven people were killed in the attack in Afghanistan at a ceremony.
The presidential candidate Abdullah Abdullah was also attending the ceremony.

Abdullah said he escaped the attack in west Kabul unharmed.
Small arms gunfire followed by rocket fire killed 27 attendees and injured a further 52.
Security forces killed one of the attackers as they continue to pursue the others, Interior Ministry spokesman Nasrat Rahimi said. It is unclear how many attackers are involved.
All civilians trapped in the area have been evacuated, Rahimi said.
The event was commemorating the anniversary of the death of political leader Abdul Ali Mazari.
The same event was attacked last year as well, but this year’s incident was less intense, sources told CNN.
Armed men used a high-rise building nearby to shoot at the crowd, the source said.
Ministry of Interior spokesman Nasrat Rahimi said hat special forces were sent to the scene.
However, Abdullah did not want to speculate who was behind the attack.
“The point is that a thorough investigation with a clear answer to the people of Afghanistan is needed,” he said.
“I will not blame anybody for this because I don’t have a full picture from our security forces, but we need to know who is, or who were, behind it.”
The Taliban denied any involvement in the attack, spokesman Zabiullah Mojahid said in a media message.
The attack is the first in the capital since the signing of a historic agreement in Qatar last week between the United States and the Taliban.
GTV