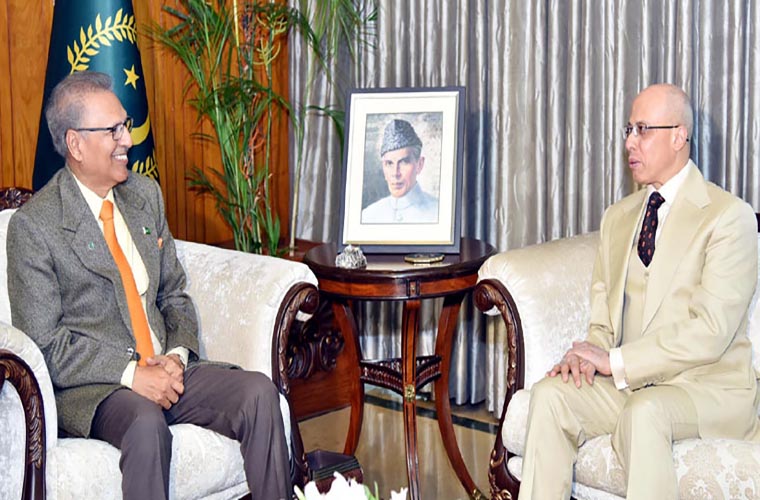 Ambassador of Egypt to Pakistan Ahmed Mohamed Fadel Yacoub paid a farewell call on him in Islamabad on Thursday.
Arif Alvi said Pakistan attaches great significance to its ties with Egypt.
Moreover, he said Pakistan wants to further expand the relations in the area of trade, culture and defence.
He emphasized the need for frequent interactions at the high-level between the two sides.