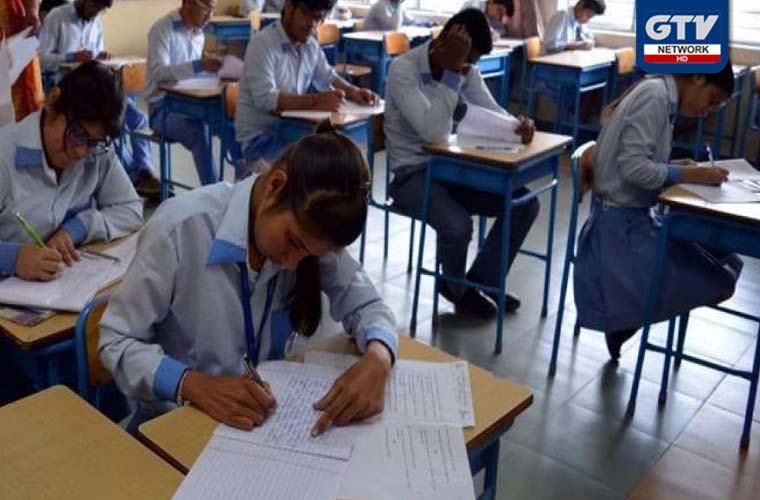 Sindh matric and intermediate exams to commence from March 16 as per schedule.

Sindh matric and intermediate exams to commence from March 16, according a notification which provincial government issued today.
Secretary Boards said that holidays in schools across Sindh were announced in view of the coronavirus cases.

But no delay will be made in examinations. The secretary also ordered education boards to ensure timely issuance of admit cards and examination schedule to the students.
Moreover, the matric board announced to commence exams from March 16.
Sindh had announced the closure of educational institutions in the province till March 13 amid fears of spreading of the deadly virus.

Meanwhile, Sindh’s Education Minister Saeed Ghani told a private news channel that the apprehension of breaking out of coronavirus in academic institutions still persists.
However, general public rejects rumours-mongering.
Ghani had said the diagnosis of the disease requires monitoring of a suspected case for two weeks.
He ruled out possibility og another extension in school holidays.
Later, the Sindh government had also taken strict action and suspended the registration of several schools in Karachi over violating the orders of province-wide school closure.
Registrar Private Schools visited parts of the city to review the implementation of closure orders.
During that registrar suspended the registration of 20 private schools in Karachi.
Director General (DG) Private Schools Mansoob Siddiqui also visited parts of the city to review the implementation of the provincial government’s closure orders .
He also suspended the registration of those found opened. The DG visited Korangi, Landhi, Gulshan-e-Hadeed, Nazimabad and North Karachi areas.
He also directed the chairman board of secondary education to take action against all those schools found guilty of violating the orders.
Luckily, no schoolchildren suffer from Coronavirus so far.
GTV