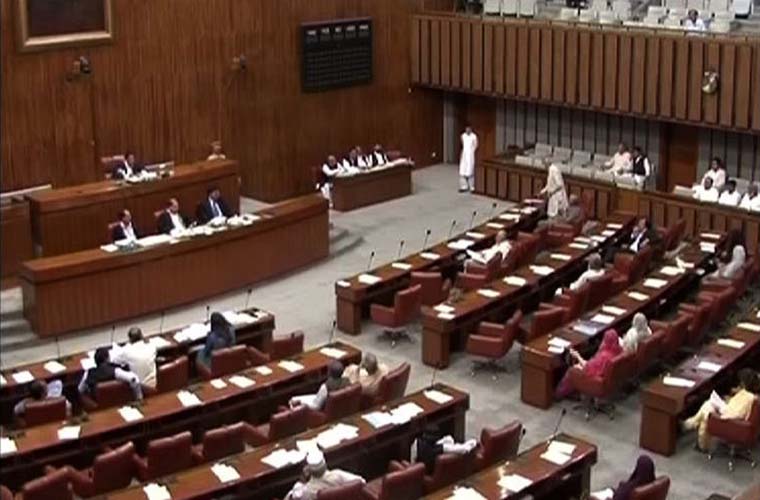 It was stated to the Senate on Wednesday that price charged for cardiac stents at Pakistan Institute of Medical Sciences in Islamabad is exactly according to directions of the Supreme Court.

While responding to a question during the Question Hour in the House, Minister for Parliamentary Affairs Azam Khan Swati said government employees receive reimbursement of medical expenditures after the treatment.

The Senate passed two bills. These include, “The Zainab Alert, Response and Recovery Bill, 2020 and “The University of Islamabad Bill, 2020”.

The Zainab Alert Bill will make provisions for raising alert, response and recovery of missing and abducted children.

Minister of Foreign Affairs Shah Mahmood Qureshi has said agreement between Taliban and United States is the first positive step to achieve peace and stability in Afghanistan.

Making a statement in House on the US-Taliban talks held in Doha and Kabul, he said Pakistan has always supported the negotiated political settlement of the Afghan issue.

The Minister said road to peace in Afghanistan will not be an easy one.

Minister of Religious Affairs and Interfaith Harmony Noor-ul-Haq Qadri has said that faith of a Muslim is incomplete without believing in Khatm-e-Nubuwwat.

Taking floor of the House at a point of order, he said ideology of Pakistan is interlinked with finality of Prophethood.

He said the issue of Hajj form is being misinterpreted by certain segments of society. He said the form has been divided in two parts with personal information on the first and necessary details on the second.

The minister said that the original Hajj form carries the affidavit of Khatam-e-Nabuwwat.

The House adopted a resolution to recognize that International Women Day is a time to celebrate the act of courage and determination by courageous women who have played an extraordinary role in the history of their countries.

The resolution was moved by Senator Seemee Ezdi.

It reaffirmed Pakistan’s commitment for taking necessary measures in pursuance of sustainable goal number five which is about achieving gender equality.

The resolution appreciated the political, economic, social and cultural achievements and contributions of Pakistani women from all walks of life.