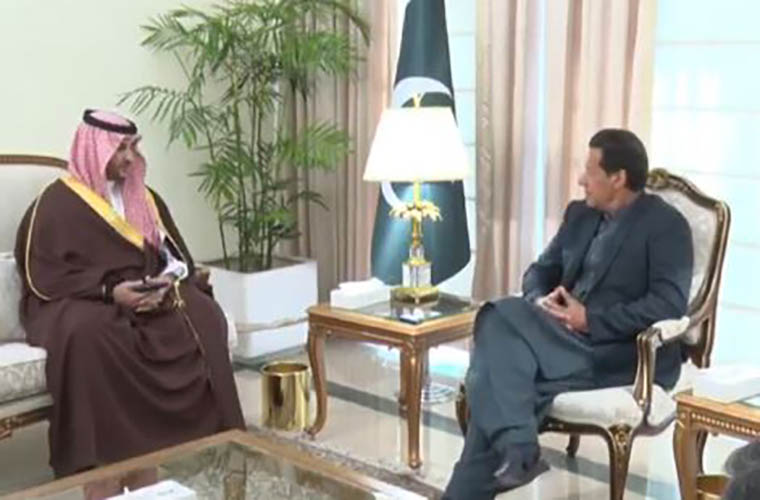 He also urged the global community to play its role in preventing aggressive polices and Hindutva ideology of RSS-inspired BJP government in Occupied Kashmir.

he said recent targeted killings of Muslims in New Delhi and the desecration of their places of worship are matter of grave concern for entire global community.

The Prime Minister underscored that the Indian government is engaged in systematic efforts to discriminate against marginalize and disenfranchise minorities, particularly Muslims.

About Pak-Saudi relations, the Prime Minister underscored the special significance of the bilateral relationship, which is based on close fraternal ties, historic links, and support at the grass-roots level.

They also agreed that both countries share great history of cordial relations and deep spirit of brotherhood which is being transformed into enduring partnership.

The visiting dignitary acknowledged professionalism of Pakistan Army and thanked for the assistance provided, especially towards training of Royal Saudi Armed Forces both at Pakistan as well as at KSA through bilateral training cooperation.

Earlier, upon arrival at GHQ, the visiting dignitary was presented Guard of Honour.

WHO warns “Second Disaster” in Pakistan in form of diseases