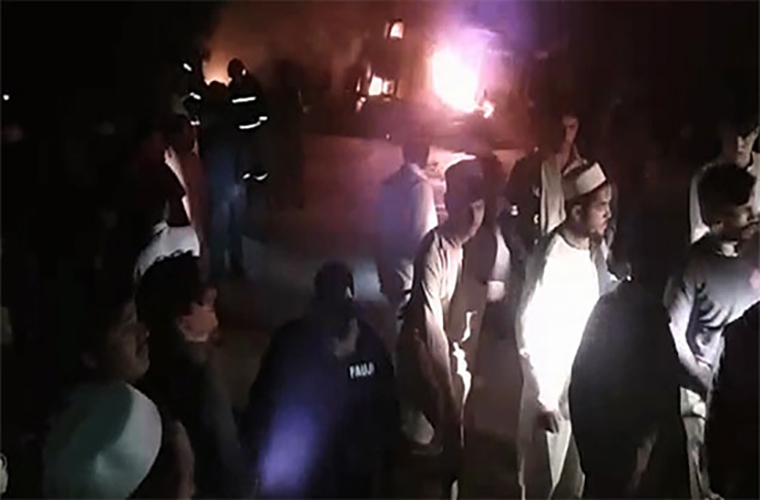 Oil tanker fire kills 2 while other accidents kill 8 in Pakistan.
The oil tanker overturned and caught fire at the Indus Highway in Karak.
Fire engulfed the nearby houses as oil spilled on the road after the accident.
It also permeated to the nearby residential area.

Due to that two persons burnt alive late Sunday.
Fire also left many others injured.
Rescue teams rushed to the spot and began operation to extinguish the fire.
In the meantime, Indus Highway witnessed massive traffic jam.
Two persons died in a road accident on main Super Highway in Karachi.
In Kharian road accidentm, speedy truckt hit a motorcycle.
Two of the bike riders lost lives while third one sustained injuries.
Due to negligence of truck driver, mishap occurred.

Six people died due to road acceded in Mastung while 22 others sustained injuries.

According to sources of police and Levies, a Quetta bound passenger bus collided with a truck coming from opposite direction on RCD highway, killing six passengers and injuring 22 others.

The bodies of the dead were shifted to Ghous Buksh Memorial Hospital Mastung while the injured were taken to Civil Hospital Quetta for treatment, where condition of two victims is critical.

Two of the dead reportly hailed from Afghanistan.