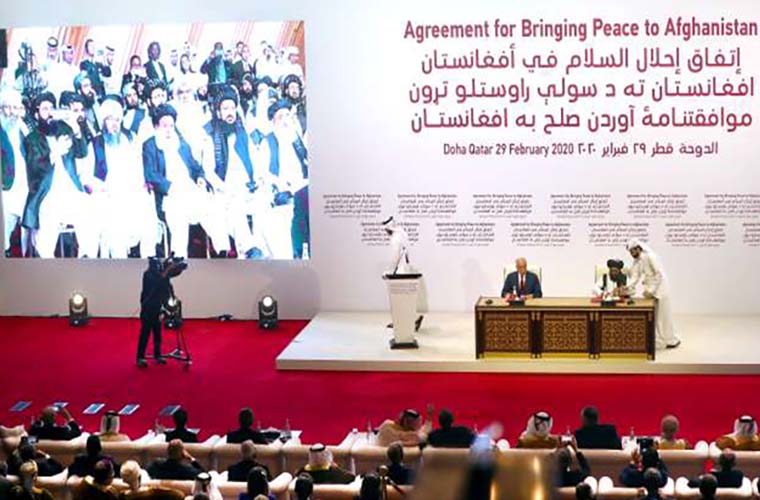 US Taliban sign peace accord in Doha which Western media portrays to end war in Afghanistan.

He said that the Taliban ordered all its fighters to refrain from any kind of attack ahead of signing of an agreement with the US diplomats aimed at bringing peace to Afghanistan.