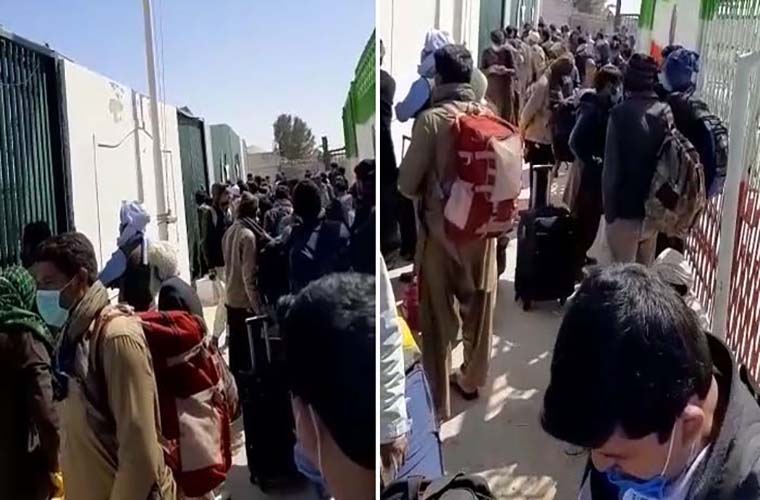 Over 250 pilgrims reach Quetta from Taftan border because the authorities allowed them to leave Isoaltion Ward.

Spokesperson for the Balochistan government Liaquat Shahwani confirmed return of 350 pilgrims to Taftan from Iran.

Authorities arranged tests in which they allowed 252 pilgrims to leave isolation ward at Pakistan House in Taftan.

The Taftan border between Pakistan and Iran remains closed for seventh day after a temporary opening.

Pakistan had temporarily reopened the Taftan border allowing its stranded pilgrims to cross into Pakistan after strict screening.

Iranian authorities shifted them to border due to expiry of their visas.

In a tweet Liaquat Shahwani stated, “People who came from areas of Iran affected by coronavirus will be quarantined for ten days and others will be allowed to go after screening only if there tests will be negative.”

Earlier, Pakistan temporarily opened Taftan border to allow over 300 citizens to return from Iran.
The officials allowed over three hundred Pakistani citizens entry into the country from Iran through Taftan border till late last night.
According to official sources, the returning people included pilgrims, traders and labourers.
They screened them on their arrival by health teams deputed at entry points of Taftan border.
Taftan Assistant Commissioner Najeebullah Qambrani said the pilgrims who visited corona virus hit Iranian cities would be kept in quarantine while other people would be allowed to proceed towards their destinations after complete medical checkup.
GTV