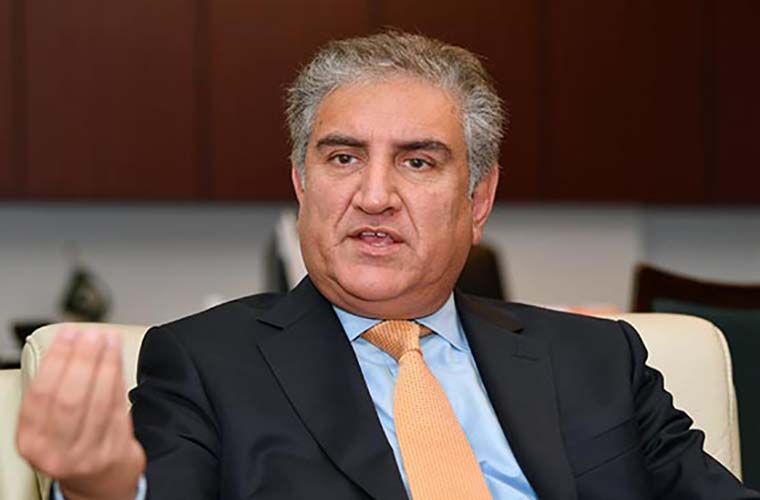 FM Shah Mehmood seesFM Shah Mehmood sees substantial significance of US Taliban deal for Afghanistan, the region and beyond.
While talking to media persons after the signing ceremony in Doha, he said Pakistan has welcomed signing of the peace agreement between Afghan Taliban and the United States.

He said the peace agreement carried immense significance both in symbolism and substance for Afghanistan, the region and beyond.
Foreign Minister Qureshi said the today’s ceremony has, once again, vindicated Pakistan’s long-held stance that there is no military solution of the Afghan conflict.
He reiterated that Pakistan will continue its policy of supporting the Afghan people in their efforts to achieve lasting peace, stability and development in Afghanistan.
He also appreciated personal contribution of Amir of Qatar to this process.
The Foreign Minister said that Intra-Afghan negotiations would be the next logical step after today’s event.
Redrawing the international community’s attention to Afghan refugees in Pakistan, the Foreign Minister underscored the need to assist the Afghan government in creating an enabling environment for the return of the refugees to their homeland with dignity and honour.
US representative Zalmay Khalilzad meets Pakistan Foreign Minister in Doha

Talking to his Turkish counterpart Mevlut Cavusoglu in Doha, Foreign Minister Shah Mehmood Qureshi said peace agreement between the United States and Afghan Taliban will help bring peace and stability to the region.
He also extended condolences over the deaths of Turkish soldiers in Syria.
The Foreign Minister also expressed gratitude for continued and unflinching Turkish support to Pakistan on Kashmir issue.
He said Turkish President Recep Tayyip Erdogan fully supported Pakistan’s stance on Kashmir issue during his address to joint session of the Parliament in Islamabad.

Lal Shahbaz Qalandar shrine to be reopened from tomorrow