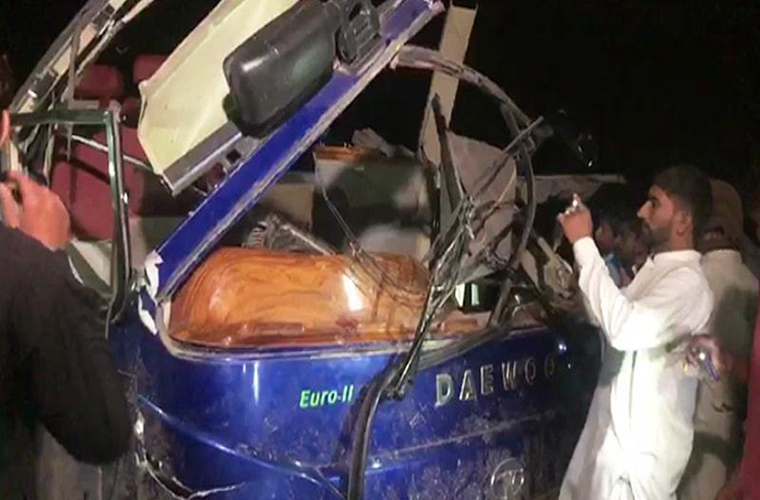 At least 20 people killed and 30 injured in collison of bus and train (Pakistan Express train) near Rohri-Sukkur.

The collision occurred near Rohri Railway Station on Friday night.

Lack of gate at the railway crossing engendered the mishap because passenger bus came across due to that.

Five terrorists killed in an encounter with security forces near Quetta