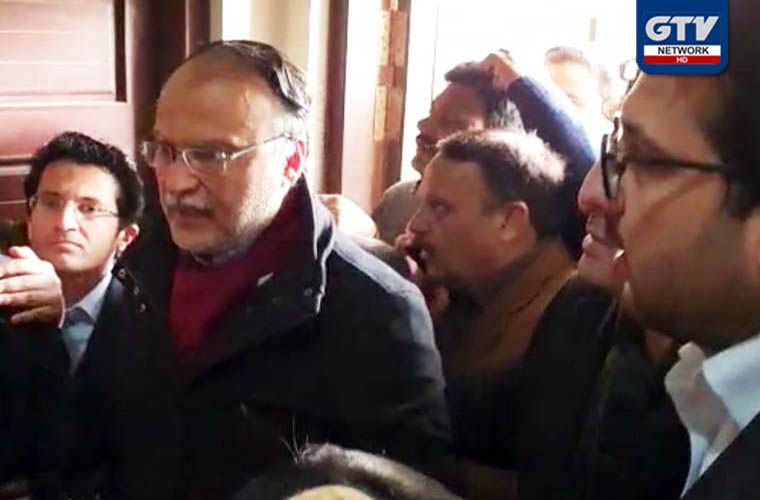 The NAB also imposed a ban on his travel abroad after having seized his passport.

But sources said that Ahsan Iqbal had given an affidavit not to travel abroad.

Earlier, he spoke to the media when he appeared before the National Accountability Bureau (NAB) in Rawalpindi.

He warned that the government would be held accountable for wrongdoings.