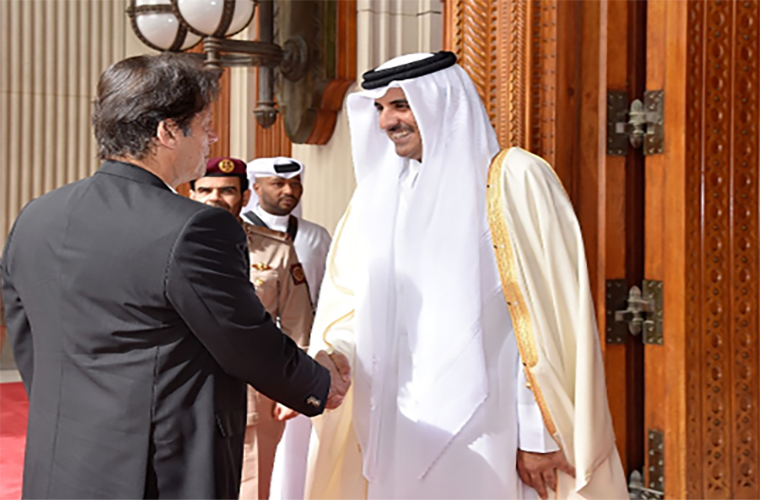 He would call o Emir of the State of Qatar Sheikh Tamim bin Hamad Al Thani.

According to the foreign office spokesperson, the focus will be on strengthening bilateral cooperation and exchanging views on regional developments.

This will be the second visit of the Prime Minister to Qatar after taking office.

The Prime Minister’s visit will further reinforce this process.

Their efforts resulted in pec deal.

Foreign Minister would represent Pakistan at US Taliban peace accord in Qatar’s capital city on February 29.

Shah Mahmood Qureshi said he would represent Pakistan at the signing ceremony of peace agreement between the United States and Afghan Taliban.

Qatar had formally invited Pakistan to US Taliban deal signing ceremony in Doha on Tuesday.
In this regard, Qatari Ambassador to Pakistan Saqr Bin Mubarak met Foreign Minister Shah Mahmood Qureshi.
On behalf of the Qatari Foreign Minister,  he extended the invitation was  during a meeting with him in Islamabad on Tuesday.