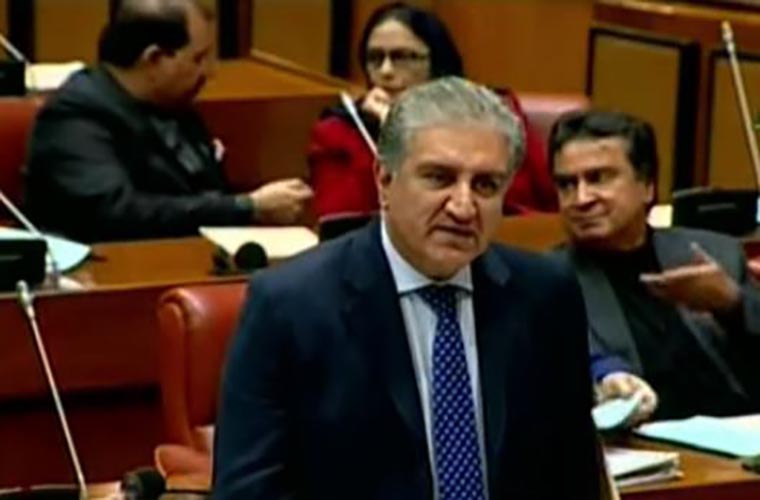 Foreign Minister represents Pakistan at US Taliban peace accord in Qatar’s capital city.

Shah Mahmood Qureshi said he would represent Pakistan at the signing ceremony of peace agreement between the United States and Afghan Taliban.

Qatar had formally invited Pakistan to US Taliban deal signing ceremony in Doha on Tuesday.
In this regard, Qatari Ambassador to Pakistan Saqr Bin Mubarak met Foreign Minister Shah Mahmood Qureshi.
On behalf of the Qatari Foreign Minister,  he extended the invitation was  during a meeting with him in Islamabad on Tuesday.

While talking to him, the foreign minister said Pakistan and Qatar have played a pivotal role in furthering the Afghan reconciliation process.
Shah Mahmood Qureshi said Pakistan welcomes the peace deal between the United States and the Taliban.
Moreover, he said it has always been the stance of Pakistan that there is no military solution to the Afghan conflict.
He also cited the world is now also accepting Pakistan’s stance.
Besides, FM Qureshi expressed confidence that the peace deal will lead to intra-Afghan dialogue.

He said that Wilbur acknowledged Islamabad’s key role in promoting peace and stability in Afghanistan.

The Foreign Minister said US President Donald Trump’s positive remarks about Pakistan’s counter-terrorism efforts on India’s land reflect Islamabad’s strong commitment of eliminating terrorism once and for all.

Shah Mahmood Qureshi said both Pakistan and the United States have agreed to further strengthen their bilateral relations in trade, business and energy.

He said that international community is acknowledging that Pakistan is heading towards economic stability due to prudent economic policies of the present government.

He said there is no military solution to Afghan conflict and only politically-negotiated sentiment can promote peace in the war-torn country.

No increase in prices of petroleum products notified