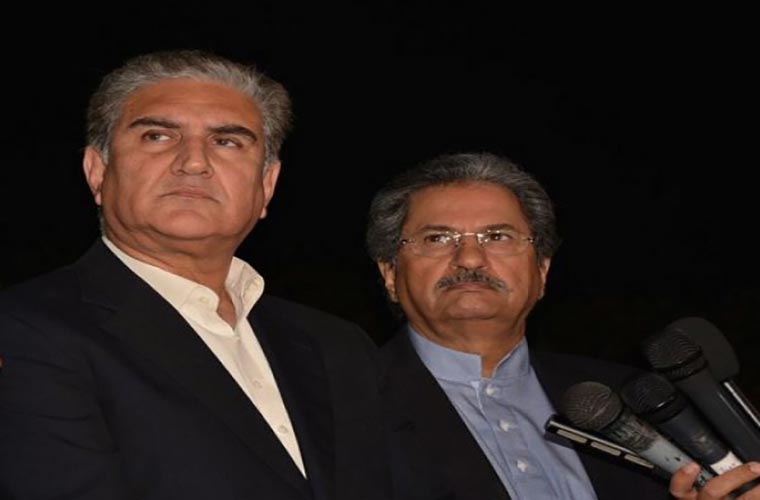 PTI govt hails US President comments in India a victory for Pakistan.

He noted Trump admitted that Prime Minister Imran Khan is one of his good friends.

He also called that the US President Donald Trump’s mediation offer on Kashmir during the visit to India as victory of Pakistan’s stance and foreign policy.

The Minister was talking to a private news channel, he said.

He underlined Trump’s statement a negation of New Delhi’s narrative.

In a statement on Wednesday, he said the US President has discussed Kashmir issue with Indian Prime Minister Narendra Modi as promised with Prime Minister Imran Khan.

He said the US President categorically stated in presence of a big public gathering that Imran Khan is his friend and Pakistan has defeated terrorism pursuing the best strategy.

The FM said the Indian media tried to use President Trump’s press conference for its own objectives but the US President appreciated Pakistan’s efforts against terrorism.