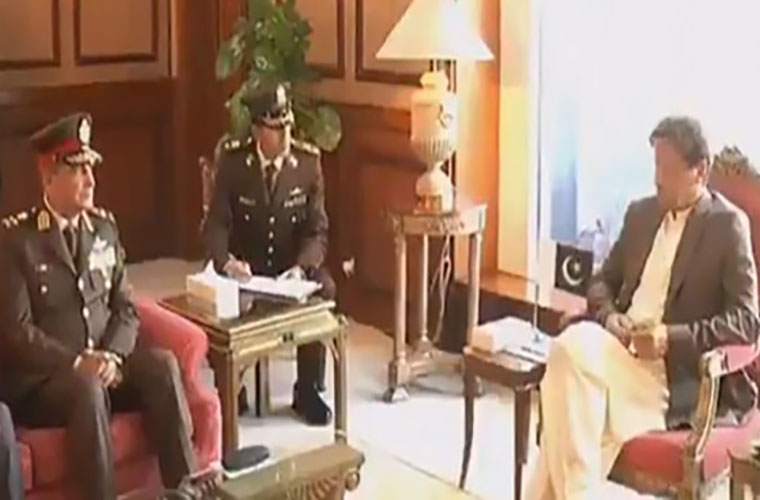 Bilateral, regional and international issues came under discussion during the meeting.

He emphasised implementation of the United Nations Security Council resolutions remained the only way for peaceful solution of the Jammu and Kashmir dispute.

He spoke in detail on the grave human rights and humanitarian situation in the IOJK.

That includes the inhuman lockdown and communications blockade which had continued since August 5, 2019 and severely impacted the lives of over 8 million Kashmiris.

He said that those policies were not only targeting India’s minorities, but also imperiling peace and security in the region. He also highlighted the close, cordial relations between Pakistan and Egypt.

The prime minister recalled his meetings with President Abdel Fattah El Sisi in Makkah and New York during 2019.

Furthermore, he underscored the shared commitment of the leadership in the two countries to deepen bilateral collaboration in diverse fields.

PM also reiterated the resolve to take Pakistan-Egypt relations to a new level.

In the context of enhanced high-level exchanges, he added that he looked forward to President Sisi’s visit to Pakistan at his earliest convenience.

He expressed satisfaction over the existing level of defence cooperation, including frequent exchange of visits, training exchange programmes and joint exercises.