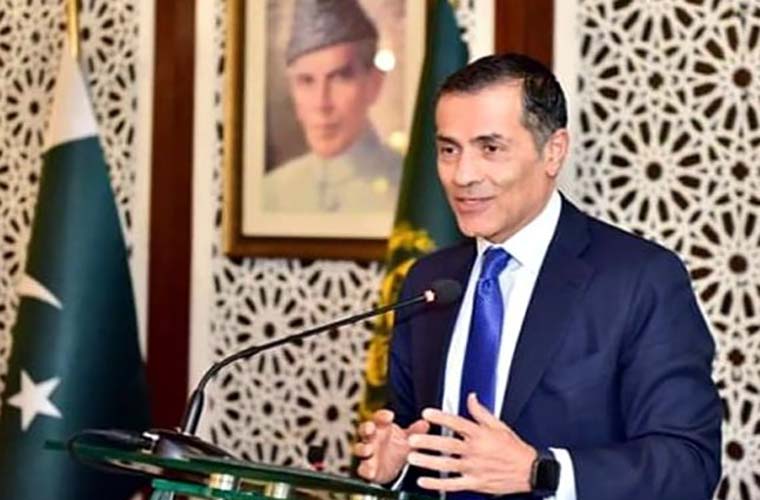 Vali Nasr notes change in Washington perception for Pakistan due to PM Imran Khan.
Renowned US scholar and Author Vali Reza Nasr said while sharing his views on US Policy in the Middle East and South Asia at a talk.
Ministry of Foreign Affairs organised the event in Islamabad on Tuesday.

Vali Nasr appreciated Prime Minister Imran Khan’s efforts, which, he said, has led to a change in perception for Pakistan in Washington.
He further said that various stakeholders in the US Government are now viewing Pakistan positively.
Following the talk, the Foreign Minister received Vali Raza Nasr in his office.
They discussed in greater depth bilateral and regional issues.

He had remained a close aide of Richard Holbrooke, the first representative of US government for Af-Pak.

Hence, his meeting with Foreign Minister of Pakistan also has importance.

Nasr had also authored a book on Jamaat-e-Islami Pakistan.

He has discussed Af-Pak in his book The Dispensable Nation.

Earlier, FM Shah Mehmood had claimed credit for US Taliban talks and deal.

He further said that Pakistan made Taliban understand that the issue could be resolved through negotiations only.

However, FM Qureshi said some powers do not want peace in Afghanistan and they are conspiring against peace process by disturbing law and order through bomb blasts in the country.

Such powers are spoilers and there is need to avoid and foil nefarious designs of these powers.