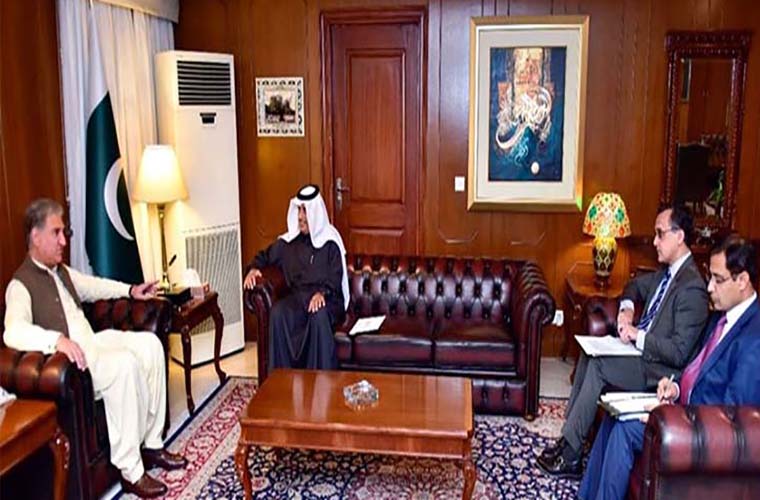 Qatar formally invites Pakistan to US Taliban deal signing ceremony in Doha.
In this regard, Qatari Ambassador to Pakistan Saqr Bin Mubarak met Foreign Minister Shah Mahmood Qureshi.
On behalf of the Qatari Foreign Minister,  he extended the invitation was  during a meeting with him in Islamabad on Tuesday.
Qatar invited Pakistan to attend the peace signing deal between United States and the Afghan Taliban on Saturday.

While talking to him, the foreign minister said Pakistan and Qatar have played a pivotal role in furthering the Afghan reconciliation process.
Shah Mahmood Qureshi said Pakistan welcomes the peace deal between the United States and the Taliban.
Moreover, he said it has always been the stance of Pakistan that there is no military solution to the Afghan conflict.
He also cited the world is now also accepting Pakistan’s stance.
Besides, FM Qureshi expressed confidence that the peace deal will lead to intra-Afghan dialogue.
Credit goes to Pakistan for wooing Taliban to talks for resolving issues: FM

Earlier, Qureshi claimed credit for US-Taliban deal while talking to the media in Multan.

FM Qureshi said that Pakistan made Taliban understand that the issue could be resolved through negotiations only.