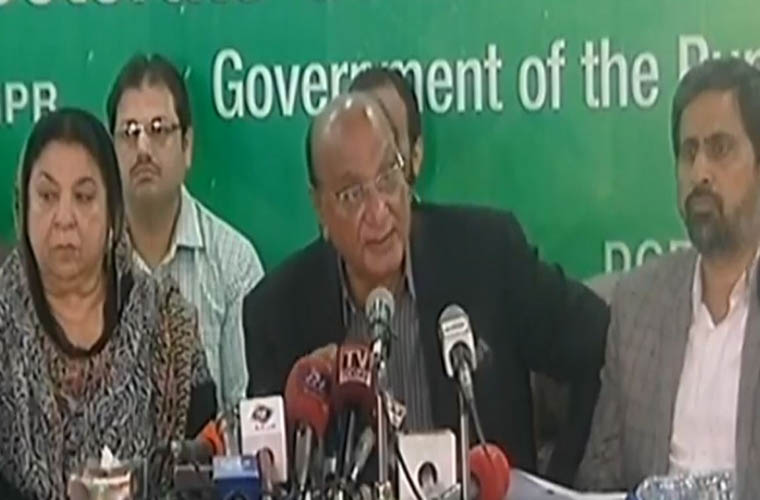 Punjab cabinet rejects Nawaz Sharif bail extension plea which the latter sought on medical grounds.
The provincial law minister Raja Basharat said this while briefing the media persons in Lahore on Tuesday.
However, court remains the final authority to approve or disapprove extension.
Albeit, Raja Basharat the extension in bail period cannot be granted on medical and legal grounds.

Hence, Punjab Cabinet has rejected the application of former Prime Minister Nawaz Sharif.
He further said that Punjab government would forward these recommendations to the federal cabinet.
The minister said since his departure for medical treatment, during the last 16 weeks, Nawaz Sharif had not got admitted to any hospital of London.
He said medical board held several meetings and examined the medical reports of Nawaz Shari which the latter provided before departure.
The Minister said after rejection of extension, the bail granted to the former Prime Minister will ultimately be cancelled.
Meanwhile, Punjab Minister for Health, Dr. Yasmeen Rashid also spoke.
She clarified that court would finally decide the issue of the extension in the bail of Nawaz Sharif.
Moreover, she said that Nawaz Sharif failed to produce any medical report to justify his request for extension in bail.
Provincial Minister Fayaz-ul-Hassan Chohan said that the decision of the extension in the bail of Nawaz Sharif cannot be made on its desire.
GTV

Ambassador of Iraq calls on Defence Minister of Pakistan in Islamabad

ADB approves another $2m grant for Pakistan to combat Coronavirus