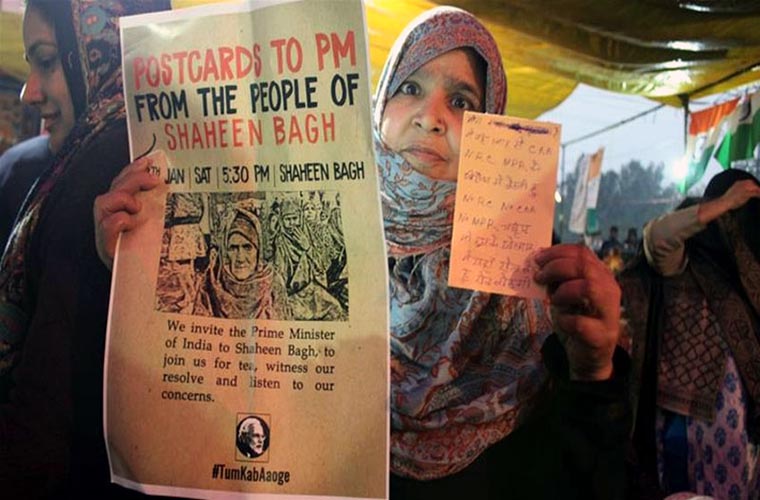 Five Indian protesters killed over protest against citizenship law on the eve of US President Donald Trump’s visit to India.
Five people lost lives while fifty others injured because of protests over controversial new citizenship law in New Delhi.
Supporters and opponents of the law clashed. They also burnt vehicles.

Tension grip[ed the Indian capital on ahead of US President Donald Trump talks with Indian leaders today.
Congress leadership turned down an invite to the state banquet today for US President Donald Trump.
They included former Prime Minister Manmohan Singh, Leader of Opposition in Rajya Sabha Ghulam Nabi Azad and Congress leader in Lok Sabha Adhir Ranjan Chowdhury
Media reported no meeting between US President Trump and any opposition leader.
Meanwhile,  Research Section of Kashmir Media Service has released a report.

It revealed martyrdom of at least 671 women at the hands of Indian troops since January 2001.
Indian government is pursuing repression against women as a policy in an attempt to crush the ongoing freedom movement against its illegal occupation.

The report pointed out that 22,911 women were widowed while 11,178 molested by Indian forces’ personnel since January 1989.
Tehreek-e-Hurriyat Jammu and Kashmir in a statement in Srinagar appealed to the US President, Donald Trump, to impress upon India to resolve the Kashmir dispute as per the UN resolutions and aspirations of the Kashmiri people.
The statement said it is duty of the international community to come to the rescue of the Kashmiris and play its role in bringing human rights violations to an end in occupied Kashmir.
Hurriyat leaders and organizations including Yasmeen Raja, Mehmood Ahmad Saghar and Abdul Majeed Mir in their separate statements urged President Donald Trump to take up the issue of six-month long military lockdown and gag on communications in the occupied territory during his meetings with Indian leadership.
A protest demonstration was held in Islamabad on the occasion of US President Donald Trump’s visit to India.
In their addresses on the occasion, Hurriyat leaders cited the US President’s July 2019 statement, in which he had said that he was ready to play his role in facilitating a negotiated settlement of the Kashmir dispute.
They asked him to use his good offices for settlement of the Kashmir dispute as per aspirations of the Kashmiri people.