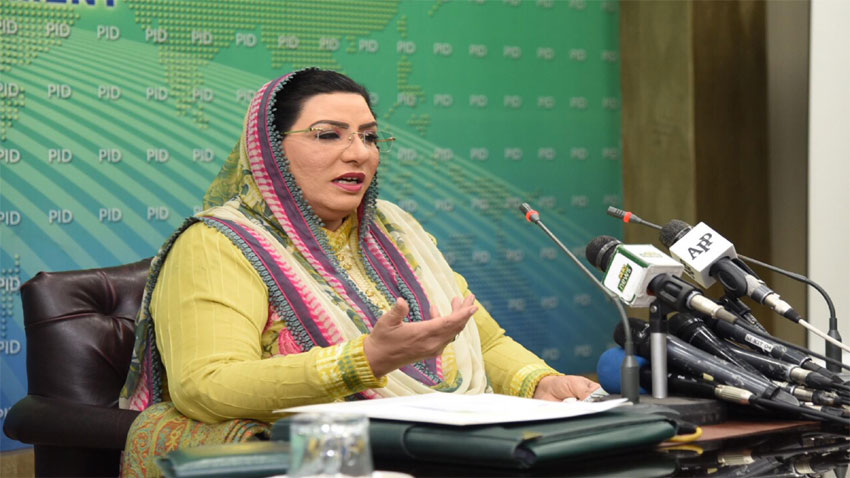 58 thousand FIRs lodged against electricity thieves during 2019, cabinet told.
Federal cabinet met in Islamabad where Prime Minister Imran Khan presided over.
PM Khan unequivocally reiterated the government’s resolve not to put burden of increased bills of electricity on people.
Special Assistant to Prime Minister on Information and Broadcasting, Dr. Firdous Ashiq Awan briefed the media regarding Federal Cabinet decisons.
She said the Prime Minister directed that people should not be suffered due to gaps in generation and supply of electricity.
She said the Cabinet was apprised that decisions taken by previous government resulted in increased tariff of electricity.
The Special Assistant said the Prime Minister directed the Ministry of Energy to devise a comprehensive mechanism so that increase in prices due to Neelum Jhelum Surcharge or Circular Debt is not passed on to ordinary people.
A meeting in this regard will be convened soon.

Firdous Ashiq Awan said the cabinet was informed that five hundred feeders in the country have been secured and modern technology is being employed to stop line losses, while more than fifty eight thousand FIRs have been lodged against the electricity thieves during 2019.
The Ministry of Energy presented a detailed plan to the federal cabinet on supply of power, prices of electricity for domestic and commercial consumers and short term and long term goals for bringing these prices down.
She said the Prime Minister also directed to take all out preventive measures against spread of Coronavirus in the country.
The cabinet was informed that not even a single case of Coronavirus has been reported so far in Pakistan.
Firdous Ashiq Awan said the cabinet also discussed the visit of US President Trump to neighboring India. It was informed that defeat of Indian narrative during this visit is a victory for Pakistan.
Special Assistant to Prime Minister on Poverty Alleviation and Social Safety Dr. Sania Nishtar gave a detailed briefing to cabinet on Ehsaas Kifalat Program, Langar Khanas and other initiatives which are the vision of PTI government to provide support to vulnerable segments of society.
The Prime Minister expressed satisfaction on the social welfare programmes under Ehsaas program.
The cabinet was given briefing on economic data and the reduction in prices of essential items.
Due to effective monitoring and comprehensive policies of the government, a strong message has gone to various mafias of hoarders and profiteers resulting in reduction in prices.
In the context of Justice Faez Isa case, the Prime Minister expressed complete support for Law Minister Dr. Farogh Naseem and while appreciating his services assured him that government fully backs his steps in the constitutional and legal ambit.
The Cabinet gave approval to the construction of high rise buildings in the surroundings of Benazir Bhutto International Airport.
GTV