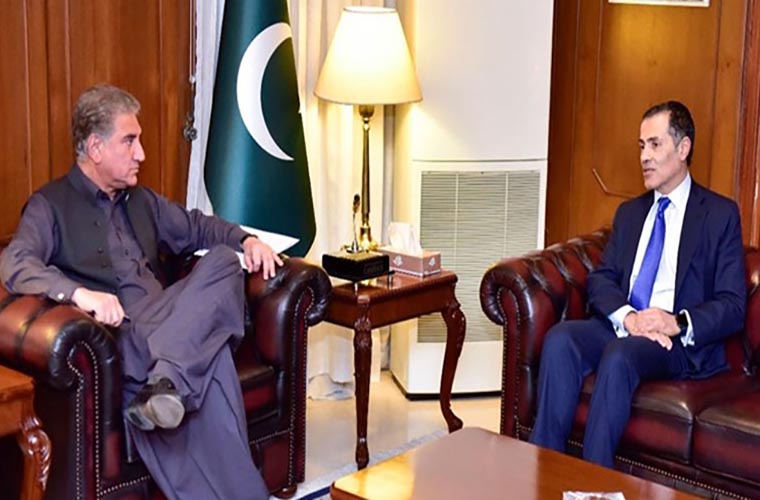 Renowned US Scholar and Dean of Johns Hopkins University School of Advanced International Studies Vali Reza Nasr called on him in Islamabad on Monday.

Foreign Minister Shah Mehmood Qureshi said recent agreement between US and Taliban will help promote peace and stability in the region.

He said that the agreement will also resolve internal affairs of Afghanistan.

Vali Nasr had served US administration under President Barack Obama.

He had remained a close aide of Richard Holbrooke, the first representative of US government for Af-Pak.

Hence, his meeting with Foreign Minister of Pakistan also has importance.

Earlier, FM Shah Mehmood had claimed credit for US Taliban talks and deal.

He further said that Pakistan made Taliban understand that the issue could be resolved through negotiations only.

However, FM Qureshi said some powers do not want peace in Afghanistan and they are conspiring against peace process by disturbing law and order through bomb blasts in the country.

Such powers are spoilers and there is need to avoid and foil nefarious designs of these powers.