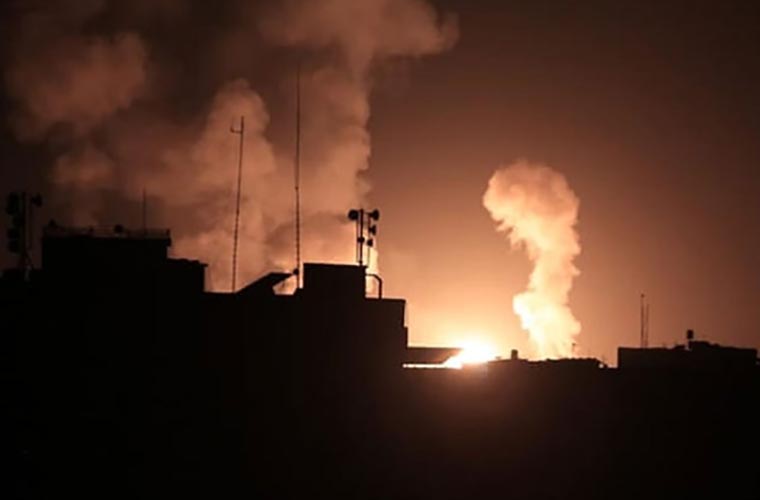 According to Radio Pakistan,   two Palestinians martyred in Israeli airstrikes in Damascus, Gaza strip.
But it cited Syrian Observatory for Human Rights for the report.

However, it also reported the Syrian air defenses intercepted a number of Israeli missiles over Damascus.
Meanwhile, Voice of America reported that Palestinian militants fired rockets from Gaza into Israel on Monday after an Israeli air strike in Damascus killed two members of the Palestinian Islamic Jihad.
Its report had it Israeli jets carried out strikes on suspected Islamic Jihad positions in Syria just before midnight on Sunday.
The report added that Israeli airstrikes came after the militants and Israeli forces clashed over the Gaza border.
The strikes in the Adeliyah region outside Damascus targeted what the Israeli military called “a hub of Islamic Jihad’s activity in Syria.”
Tel Aviv accused PIJ of research and development of weapons in that area.
Islamic Jihad later said in a statement that two of its members embraced martyrdom in the air strike.

Israel claims to have killed six

On the other hand,  Israeli Defence Minister Naftali Bennett said: “We have eliminated six terrorists in the past 24 hours, not just in Gaza.”
The Syrian state news agency SANA quoted a military source as saying Israeli aircraft entered Syrian air space and targeted areas around Damascus with a wave of guided missiles.
GTV