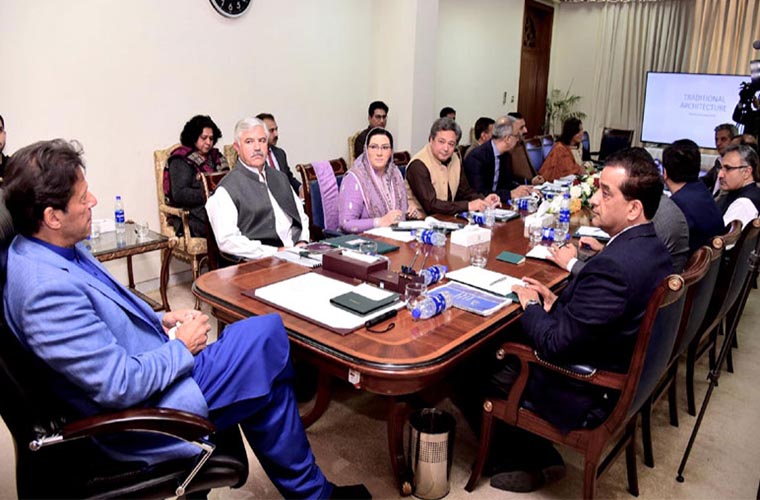 PM eyes foreign investment through vision master plan. Prime Minister Imran Khan has directed to complete the vision master plan in next six weeks in four areas in Khyber Pakhtunkhwa, one in Punjab and one in coastal belt of Balochistan.
He directed while presiding a meeting in Islamabad on Monday on promotion of tourism in the country.

The vision master plan will help attracting foreign investment in Pakistan and establishment of infrastructure in the tourism sector.
He emphasized to devise a course of action while keeping in view the environment, natural beauty and local values.
Meanwhile, Khyber Pakhtunkhwa Chief Minister Mahmood Khan called on Prime Minister Imran Khan in Islamabad on Monday.
They discussed matters pertaining to development and overall situation in the province.

Pakistan is looking for new markets besides expanding bilateral trade with friendly countries.

During his recent visit to Pakistan, Turkish President also evinced interest in more trade with Pakistan.

He said that it would eventually take bilateral trade to $ 5 bilion .

Turkey want t to take the commercial relations between the two brotherly countries to the same level as political ties.

Recep Tayyip Erdogan said the two countries can collaborate in a number of industries for their mutual benefit.

Moreover, he said we should not allow protectionism or trade walls between us.

The Turkish President said his country is increasing investments in Pakistan.

He further said Turkey is one of the top twenty economies of the world.

He said we have brought down our debt from 72 percent of GDP to 33 percent.