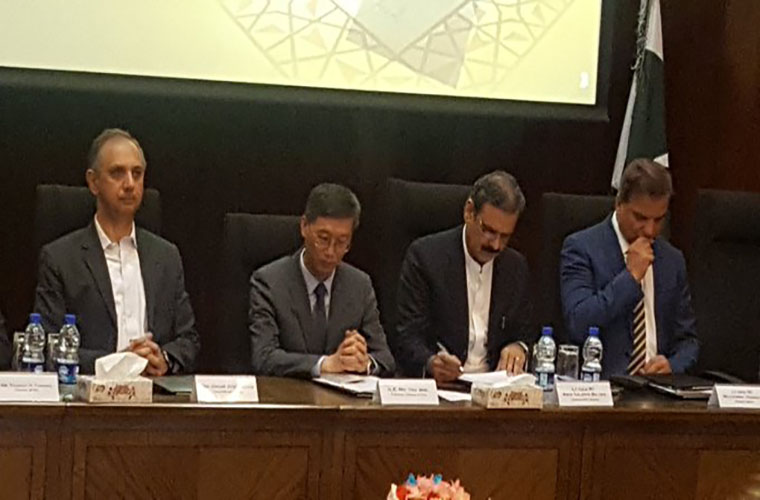 The minister pointed out the energy sector of Pakistan offers investment opportunities of $ 100 billion.

Meanwhile, has said government is trying to provide sustainable, affordable and reliable power to the consumers.

For this, government is producing seventy five to eighty percent power from indigenous resources.

The Minister further said the government has formulated a renewable energy policy.

It includes $45 billion in power generation, $ 22 billion in transmission and $ 15bn to $ 20 billion in distribution.

Furthermore, he called Pakistan a large market for all the industries of the world to come and invest in.

He said Pakistan is an open market with high rates of return. We are also removing barriers of entry.

He said the projects under the CPEC will not be affected by this temporary challenge.

The Ambassador said the next stage of the CPEC will focus cooperation in diverse sectors including industrial, agriculture, science and technology and renewable energy and hydro power.

He was confident that this will give a new momentum to the future development of Pakistan’s economy.

While appreciating the structural reforms which government introduced, he said under the leadership of Prime Minister Imran Khan, the energy sector of Pakistan is undergoing transformation.

He noted its focus on providing affordable and reliable energy.

Yao Jing also assured that the Chinese government and investors will fully cooperate with Pakistan in this endeavor.