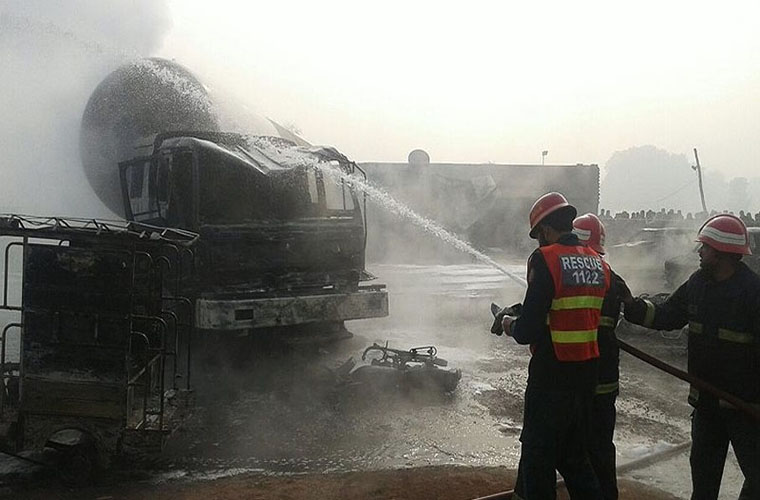 Resultantly, one person died on the spot while others sustained severe burn injuries in the fire.

Due to critical burn injuries they all breathed their last during treatment.

Identity of the deceased was not immediately known.

Meanwhile, Balochistan Interior Minister Mir Zia took notice of the incident.
He sought a report from Police but he also accused smuggler of smuggling betel nuts through the tanker.