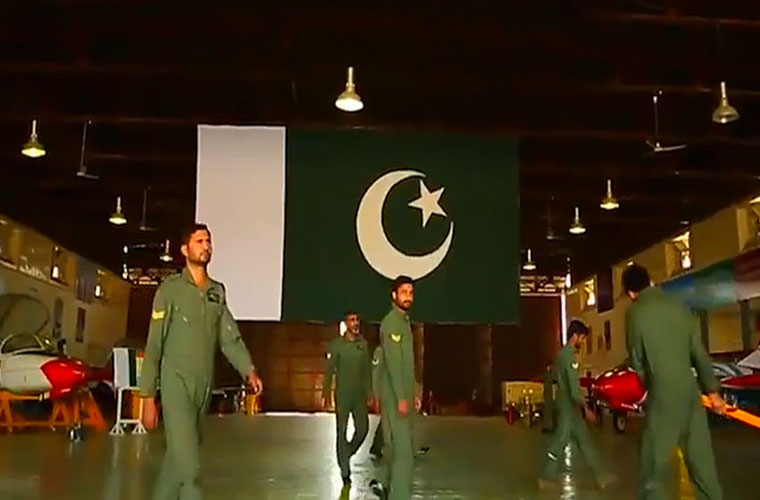 The Public Relations Department of Pakistan Air Force (PAF) has released the new song in connection with February 27.

God is Great song of PAF

According to spokesperson for Pakistan Air Force, February 27 remains like a bright chapter in the history of Pakistan.

The statement referred to the sober retaliatory strike of Pakistan Air Force pilots.

The song is a tribute to the chivalry of valiant Jawans of Pakistan Air Force.

Besides, the song contains story of the Pakistani nation that faced every difficult situation with courage and valor.

The brave son of Pakistan gave a sober response to India over its intrusion into this land of Islamic saints.

Although Pakistan had shot down two military planes of Indian Airforce, remains of one found in India occupied Kashmir which India hid from the world media.

However, India also had confirmed the loss of one plane but falsely claimed to have shot down a Pakistani jet.