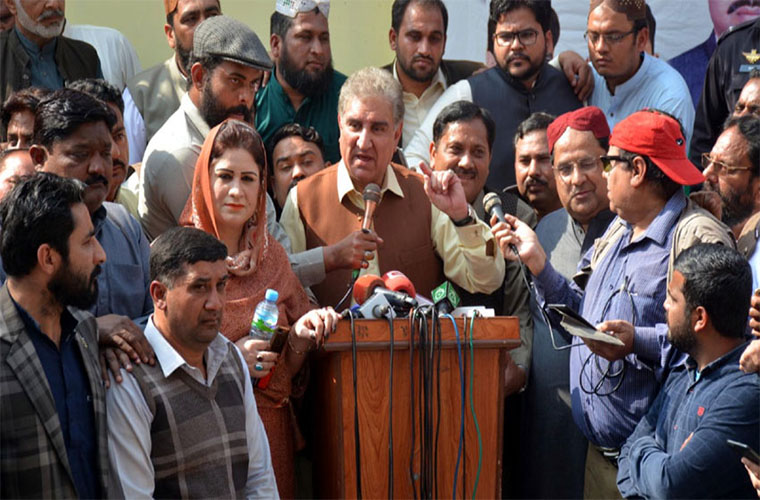 He said this while talking to the media in Multan, his home city.

FM Qureshi said that Pakistan made Taliban understand that the issue could be resolved through negotiations only.

Shah Mahmood Qureshi said some powers do not want peace in Afghanistan and they are conspiring against peace process by disturbing law and order through bomb blasts in the country. Such powers are spoilers and there is need to avoid and foil nefarious designs of these powers.

He said when there will be peace in Afghanistan, and then rebuilding process will be initiated. Pakistan will also take part in rebuilding of Afghanistan.

Earlier, FM had termed peace deal between the US and Taliban major diplomatic victory of Pakistan.

He said the agreement would bring peace in whole the region.

He further said some elements were pointing fingers at Pakista in connection with Afghan crisis.

But now its role is being acknowledged at international level.

Shah Mehmood Qureshi said due to certain issues in Afghanistan, Pakistan has focused on its western border.