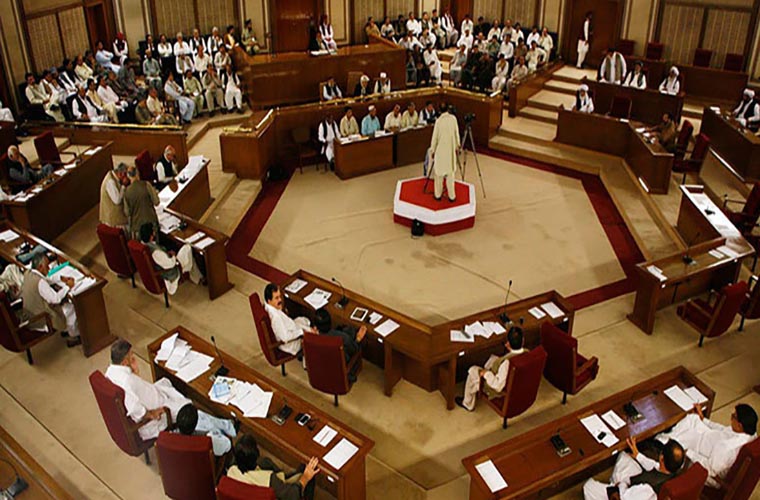 Balochistan legislature expresses solidarity with Iran and China on coronavirus.

Balochistan Assembly passed a resolution today to express solidarity with Iran and China in their efforts against coronavirus.

During session of Balochistan Assembly, Speaker ruled that federal and provincial government should effectively monitor areas located on Pak-Iran border.
He also called for taking effective steps to prevent spread of coronavirus.
Meanwhile, Chief Minister Jam Kamal assured his government is diligently and seriously taking steps to curb the virus.
He further said that despite low-resources, government is taking steps in association with Southern Command to prevent  its spread.
Health emergency at Taftan border declared due to reports of coronavirus
Earlier, Balochistan government had declared health emergency at Taftan border with Iran.

Chief Secretory Balochistan Fazeel Asghar said this while chairing a meeting in Quetta.

They said they do that to avoid spread of coronavirus.

According to official sources, the transit gate and joint markets at the border have been closed.

Besides, the authorities had announced precautionary and protective measures in Taftan.

He said this while presiding over a meeting in Islamabad on Sunday.

Furthermore, he said well-trained staff present at the Taftan and other border crossings to screen all passengers crossing over into Pakistan.

CJCSC General Nadeem Raza in Jordan on an official visit