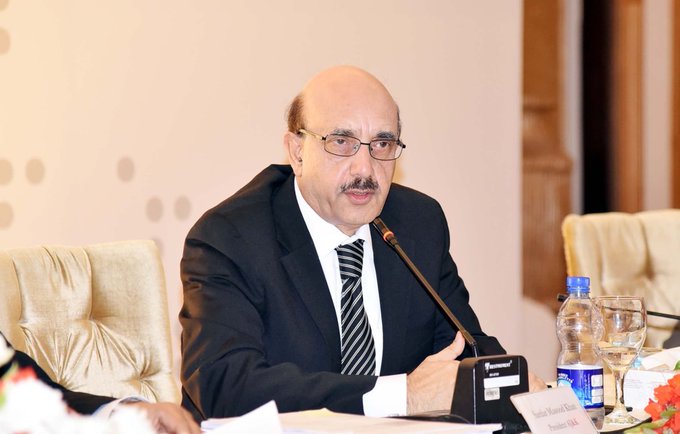 Sardar Masood he said the BJP government together with RSS is going to carry out massive carnage in India.
Masood Khan said Narendra Modi has also threatened to use nuclear weapons against Pakistan.
He said the constant struggle for liberation of occupied Kashmir is obligatory for us, and instead of telling the world about the death toll, we need to start struggle in a way that turns the tide of history.
He urged the youth to utilize modern communication means to project the Kashmir cause throughout the world.
About his recent visit to Malaysia, Masood Khan said the Malaysian Prime Minister Mahathir Mohammad asked him to convey his message to Kashmiri people that they would certainly achieve freedom.
Meanwhile, he had condemned Indian crimes in occupied Kashmir (IOJK) in a statement yesterday.
He said India wants to divert the attention of the international community from the grave human rights situation in Occupied Kashmir.
Due to that reason, AJK President said, India resorted to unprovoked firing at LoC.
Meanwhile,  he appealed UN and world community to take a serious notice of the Indian violations of 2003 Ceasefire Agreement.
GTV
GTV