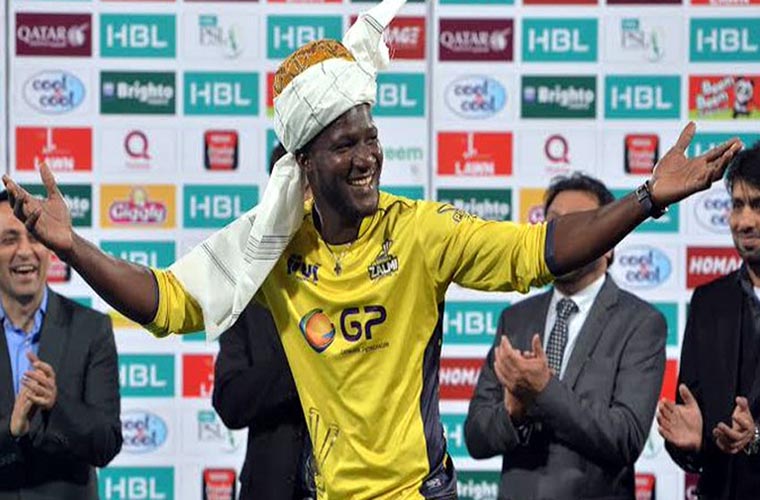 Pakistan honorary citizenship, highest civilian award for Darren Sammy announced.
President Arif Alvi has announced honorary citizenship and the highest civilian award, Nishan-e-Pakistan for Peshawar Zalmi captain Darren Sammy.
In a tweet, the Pakistan Cricket Board said the President has made this announcement.
President honours Sammy in recognition of his important role for the restoration of international cricket in Pakistan and his love for the country.
Darren Sammy who belongs to West Indies, through his Pashto and Urdu tweets, lives in the hearts of Pakistanis.
Now his Pakistani fans also call him Darren Sammy Khan.
GTV