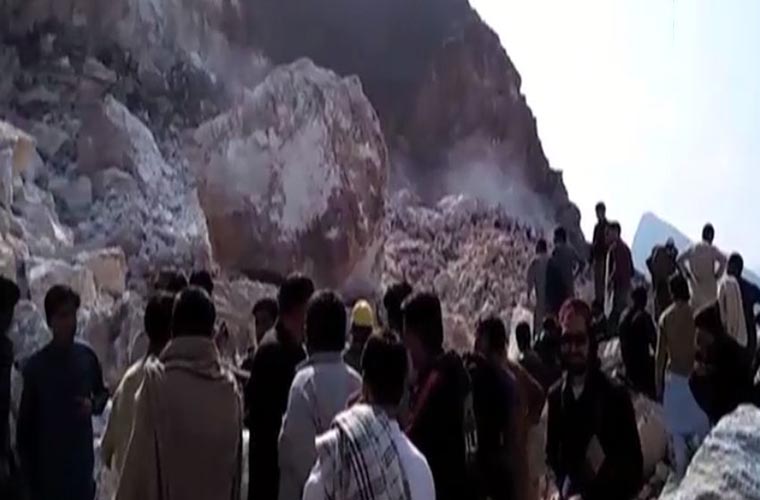 Marble mine collapse kills at lest 7 people in Buner district on Saturday afternoon.

According to police, rescue teams have reached the spot and started operation to rescue the people.

They shifted the injured to District Headquarters Hospital Buner.

Meanwhile, Chief Minister Khyber Pakhtunkhwa Mahmood Khan has directed the concerned authorities to accelerate search operation for the stranded labourers in mine collapse in Buner.

He said the government stands with the affected families in this hour of woe.

He directed Rescue 1122 and other relief departments to use all resources in the rescue and relief operation.