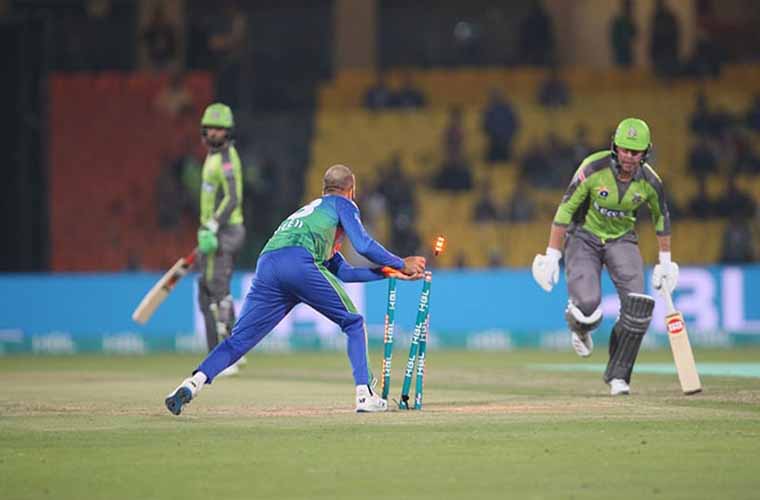 In reply, Multan Sultans achieved the target in 16.1 over the loss of five wickets.
Meanwhile, Karachi Kings beat Peshawar Zalmay in the second match of Pakistan Super League.
They played in Karach.
Earlier, Peshawar Zalmi won the toss and decided to field first.
Babar Azam looked in supreme touch and scored half century, helping his team set a big target for the opponents.
Finally, they defeated Peshawar by 10 runs.
Saturday matches. Two matches will be played today.
In the first match, Peshawar Zalmi will take on Quetta Gladiators in Karachi at 1400 hours, while the second match will be played between Islamabad United and Multan Sultans in Lahore at 1900 hours.
Meanwhile, Special Assistant on Information and Broadcasting Dr. Firdous Ashiq Awan has expressed delight over the return of sporting events to Pakistan.

In her tweets on Friday, she said the opening ceremony of PSL has given a new life to the city of lights and the entire nation.

She said especially the people of Karachi deserve appreciation for these delightful moments.

Awan said it is the fruit of the immense sacrifices and steadfastness of our nation, the armed forces, police and law enforcing agencies, against terrorism that our grounds are once again hosting sports events and international stars are coming to Pakistan.