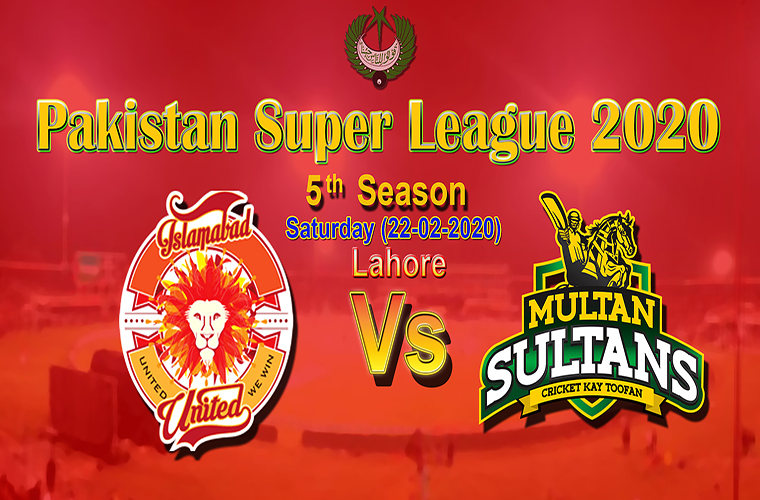 In the fifth match of Pakistan Super League, Islamabad United beat Multan Sultans by 8 wickets in Lahore on Saturday.

Multan Sultans scored 164 runs for the loss of eight wickets in stipulated 20 overs.

Islamabad United chase a victory target 165 runs in 16.4 overs for the loss of 2 wickets.

While batting first, Quetta Gladiators scored 148 for the loss of five wickets in twenty overs.

Peshawar Zalmi achieved the target in 18.3 over for the loss of four wickets.

The tournament has begun on 20th of next month. It will culminate on 22nd March.
Defending champions Quetta Gladiators had won its first match. It defeated Islamabad in opening match.
But it lost its match to Peshawar Zalmi today.
Interestingly, Islamabad United beat Multan Sultans but it lost to Quetta.
GTV