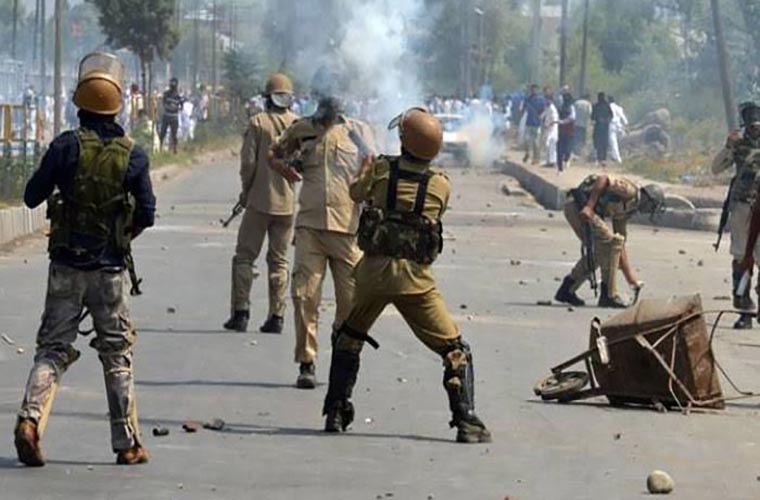 The troops martyred the youth at Naina Sangam in Bijbehara area of the district.

They perpetrated this crime during a cordon and search operation which they started late last night.

They held them during house raids in Pulwama, Shopian, Ganderbal and Baramulla districts.

India has accused these youth as Over Ground Workers of mujahideen.

Meanwhile, the residents of the Kashmir Valley continue to suffer enormously due to military lockdown and broadband and high speed mobile internet blackout on 202nd consecutive day, today.

Addressing a public gathering in Srinagar, APHC leader and the Chairman of Jammu and Kashmir Democratic Political Movement, Khawaja Firdous,said that India would never succeed in suppressing the Kashmiris’ liberation struggle by employing brute tactics.

On the other hand, India slapped an Indian girl with sedition charges for chanting “Pakistan Zindabad” slogan.

She raised this slogans during an anti Citizenship Amendment Act protest in Bengaluru, the capital of India’s Southern Karnataka State.

According to reports, the girl was denied bail by a judicial magistrate and sent to judicial custody for fourteen days.

Coronavirus kills more than 100 in United States on Monday