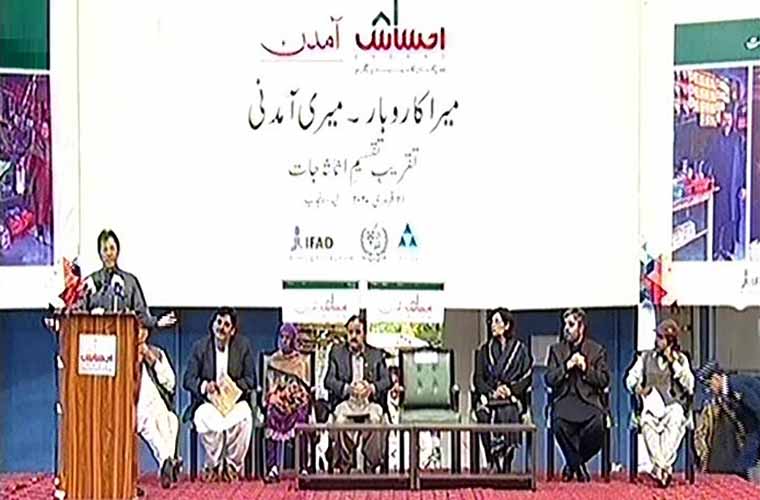 He expressed these views while addressing the launching ceremony of Ehsaas Amdan Programme in Layyah.
He said that the government is working on different projects to establish as an Islamic welfare state on the pattern of Madina.
The prime minister said justice and welfare of people are a prerequisite to keep the country stable and secure.

Meanwhile, Special Assistant on Social Protection and Poverty Alleviation Dr. Sania Nishtar also spoke.
She said Ehsaas Amdan programme is being launched in 375 union councils of 23 poorest districts of all the four provinces of the country.
She said the program will prove to be a milestone in providing the employment opportunities to generate income to sixty percent women and thirty percent youth.
Dr Sania said ensuring transparency is the hallmark of the project to transfer its dividends to the deserving people.
The programme involves giving away small assets to those who live below the poverty line so that they can earn their livelihood and come out of the shackles of poverty.
These assets include goats, cows, buffaloes, poultry, body of Chingchi rickshaws, and inputs for small retail outlets and small enterprises.
PM launches Ehsaas Kafalat Programme to aid 7m deserving women