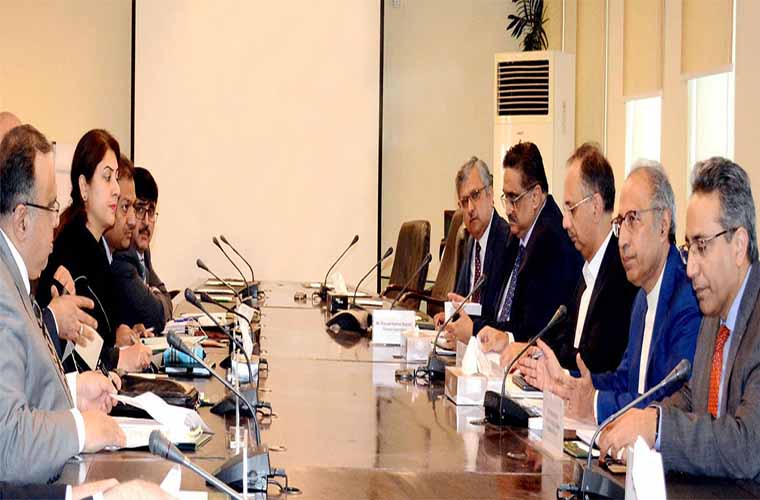 Federal and Balochistan governments agreed to amicably resolve the issues pending between the Centre and the province.

Adviser to the Prime Minister on Finance Dr. Abdul Hafeez Shaikh presided over the meeting in Islamabad on Thursday.

Secretary Energy Department represented Balochistan Government while Minister for Energy and the Adviser to the PM on Petroleum were representing Federal Government.

They discussed various issues regarding extension of lease of gas fields of Balochistan, rights and share of Government of Balochistan in the new and old oil.

Besides, gas exploration business and other issues also came under discussion.

The attended also discussed gas allocation to power plants and the creation of training fund for Balochistan.

Meeting decided to resolve the matter regarding creating a training fund within fortnight.

Moreover, they decided that representatives of both governments will hold further meetings with representatives of the Law Division for expert advice and firm up proposals with consensus that could benefit both the Federal and Provincial Governments without violating the spirit of the18th Constitutional Amendment.

Rs0.5m to family of each deceased of rains related cases in Balochistan