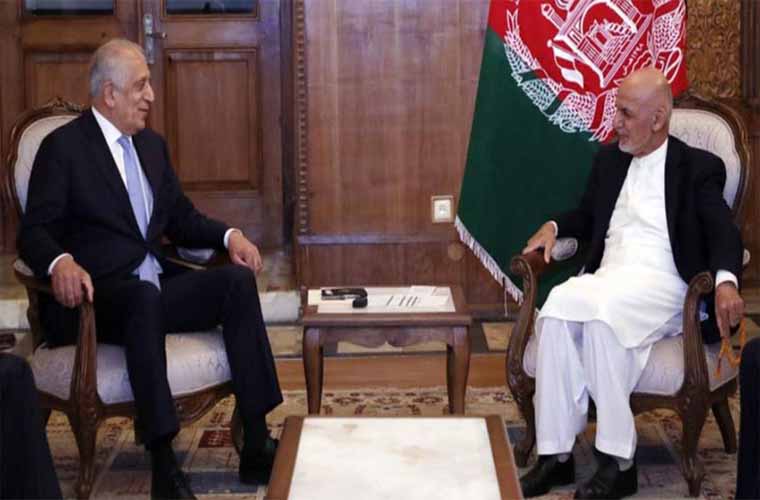 US struck a deal with Taliban militants on a weeklong reduction in violence.

According to the Afghan presidential palace’s statement, President Ghani shared his viewpoint during the meeting.

He told Khalilzad about his effective meetings with local leaders on how Afghan government would handle the peace process.

Meanwhile, Radio Pakistan reported that Khalilzad had led talks with the Taliban on a US troop withdrawal agreement.

Hence, he briefed Ghani on the steps that both sides wouled take after the reduction in violence and then agreement comes into force.

Meanwhile, Afghanistan reconciliation has come under threat due to other stakeholders differences with President Ghani.

Pakistan is grateful to China for helping in hard time: PM Shehbaz