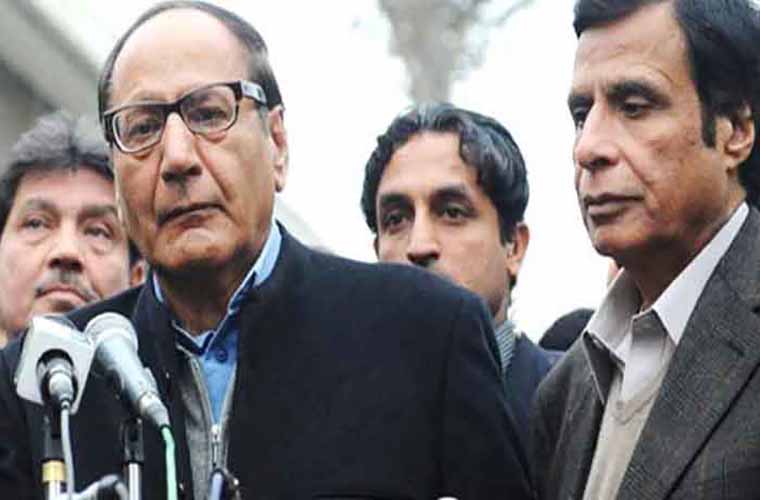 Key partner of ruling coalition alerts Prime Minister to beware of hypocrites and stay away from them.

Veteran Chaudhry Shujaat Hussain of Pakistan Muslim League-Quaid (PML-Q) issued this alert while talking to the media today (Wednesday).
He exhorted Prime Minister Imran Khan to identify hypocrites around him.
PMLQ president asked him to keep a distance from those hypocrites.
Ch Shujaat has returned from Saudi Arabia after performing Umrah.
He said that certain elements portray them as sincere but misleading him.
He recalled  that he gave this same advice to former prime minister Nawaz Sharif in the past.
But he lamented that Nawaz Sharif did the opposite.
Ch Shujaat further said that those people who used to flatter Nawaz Sharif returned to the power.
He said that they had also advised Pervez Musharraf not to link the Taliban to the seminary students.

Punjab-based break-away faction of PMLN had formed an alliance with PTI which formed coalition government in 2018.

However, that partnership of ruling coalition remains under threat due to differences.