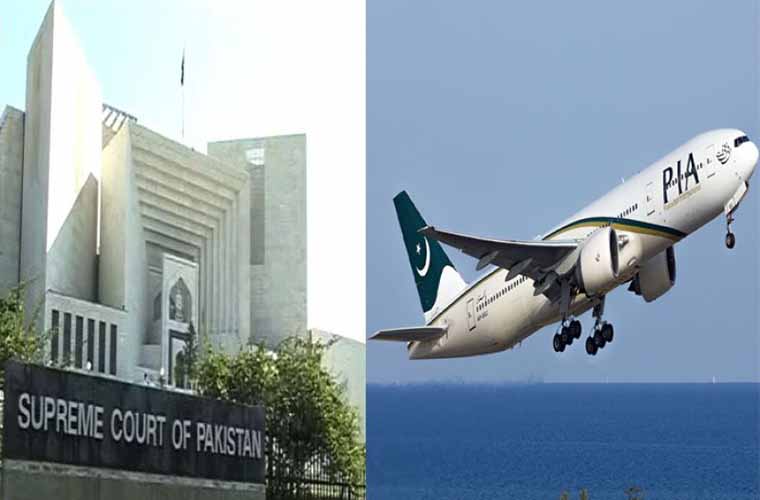 Supreme Court hears case of PIA CEO appointment today (Thursday).
During hearing, Chief Justice of Supreme Court (SC) remarked that administration is not having any idea about the four planes of national flag carrier.
To which, the lawyer for the PIA board stated that they would submit a detailed report in the court shortly.

Besides appointment of chief executive officer of Pakistan International Airlines (PIA), SC also heard the missing aircraft case.
The PIA officials told the apex court that the plane was not missing but sold for $ 103,000.
They also stated that the aircraft was also used for movie shooting for which, 210,000 euros were paid.
They further said that the aircraft had reached its age limit in 2016.
Hence, it was sent to Germany to be grounded with the permission of Civil Aviation Authority (CAA).
GTV