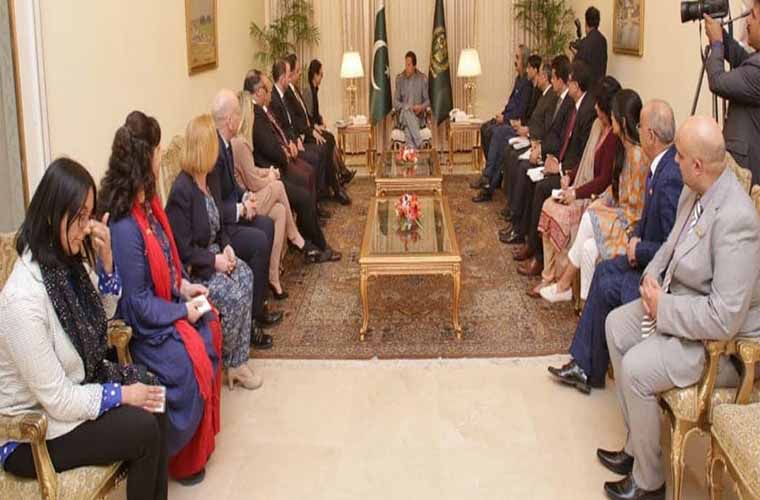 While talking to them, Prime Minister Imran Khan has reiterated Pakistan’s commitment to support the Kashmiri people.

He vowed Pakistan’s support for Kashmiris struggle for justice and inalienable right of self-determination.

PM Khan said Pakistan believes that a just and lasting solution of the J&K dispute remain essential for peace, security and stability in South Asia.

He also underscored that the international community has a responsibility in raising awareness about India’s crimes against humanity.

He termed it responsibility of international community to put pressure on India for the implementation of UN Security Council resolutions on Jammu & Kashmir.

He noted the important contribution which its earlier reports made on the human rights situation in the Indian Occupied Jammu & Kashmir.

He also highlighted the threat to peace and security which the Indian leadership’s belligerent rhetoric and aggressive actions on the ground posed.

Moreover, he also alerted that India could resort to a “false flag” operation.

Prime Minister said India may do so in order to divert international attention from its unacceptable actions in the Occupied Jammu and Kashmir.