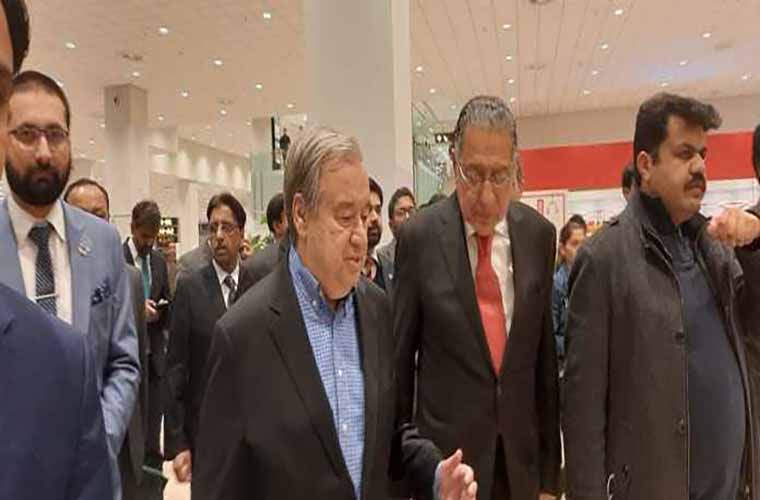 Pakistan’s permanent representative at the United Nations Munir Akram saw him off at the airport.

During his four-day Pakistan visit Antonio Guterres participated in the “International Conference on 40 Years of Hosting Afghan Refugees in Pakistan: A New Partnership for Solidarity” and delivered a keynote address.

The UNSG administered polio drops to children at Kindergarten.

He also addressed students of a private university.

On his return, an album containing pictures of his four day visit to Pakistan was presented to him.

She welcomed his statement while addressing a news conference in Islamabad on Tuesday.

She expressed hope that the United Nations will play its due role in resolving the issue in lines with UN Security Council’s resolutions.

Awan urged the United Nations to play its due role in stopping massive human rights violations committed by Indian troops in Occupied Kashmir.

She said that the rights of minorities are not protected in India due to extremist policies of BJP-led regime.

She said that UNSG also urged the world to come forward in repatriating millions of Afghan refugees, whom Pakistan hosted for over four decades.