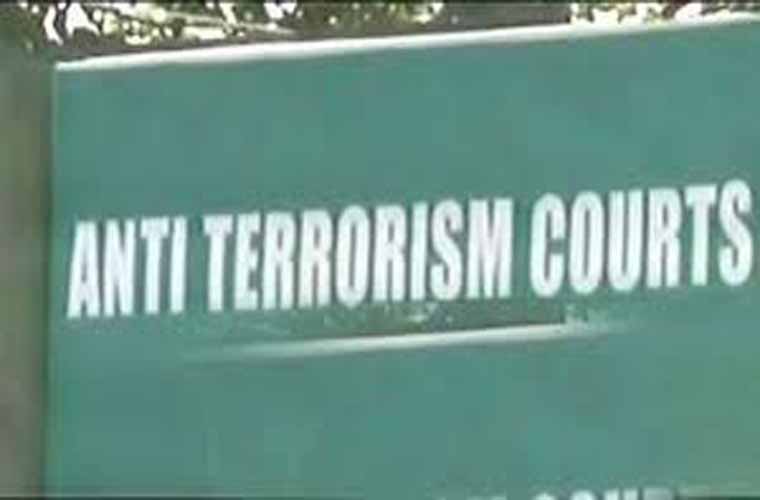 Three facilitators awarded death sentences for Wagah border terror blast as an Anti-terrorism Court (ATC) announced verdict in Lahore today.
ATC Lahore awarded five times death penalties to the each of three facilitators.
They remained involved in Wagah border terror blast that claimed 60 innocent lives in 2014
Because of ferocity of their heinous crime, the convicts would be hnaged for five times.
The ATC judge Ejaz Ahmed announced the verdict after hearing to 101 witnesses in the case.
The court also ordered the accused to serve 24-year imprisonment along with paying a fine of Rs1 million before their hanging orders are executed.
It also directed the convicts to pay one million rupees each to the family of the victims.
The accused handed down the death penalty included Hasan Ullah, Habib Ullah and Sajid khan.
The court also acquitted three accused in the case giving a benefit of doubt to them. They are named as Shafiq, Ghulam Hussain and Azeem.
In another conviction against the militants from the ATC court in November 2019, a convict was handed down a death sentence on 22 counts, life imprisonment, and Rs400,000 penalty in a case related to the May 8 suicide blast outside Data Darbar shrine that killed at least 12 people and injured over two dozen others.
The ATC directed Mohsin Khan to pay an amount of Rs50,000 each to those injured in the wagah border blast.
The court convicted Khan, who hailed from Charsadda’s Shabqadar area, on charges of facilitating the suicide bomber.
GTV