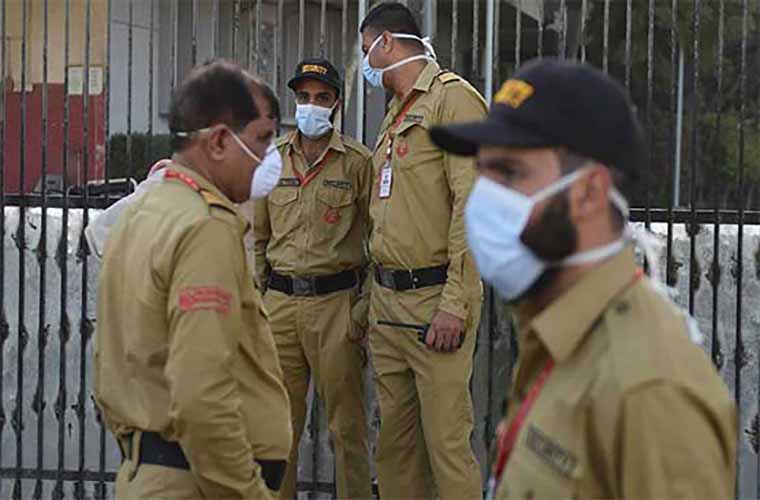 On the other hand, government had formed a special committee to determine the causes of poisonous gas leak in Keamari.

The government discussed the situation arising after 14 persons died in Keamari area of Karachi due to mysterious toxic gas leak.

The meeting decided to stop off-loading of soybean from the ship at the Karachi Port.

It decided to order offloading of rest of the soybean at the Port Qasim.

They decided to form a special committee under the chairmanship of Commissioner Karachi.

The committee will determine the causes of poisonous gas leak in Keamari.

They pondered upon suggestions for dealing with the situation in the residential areas adjacent to Karachi Port.

Meanwhile, factories, companies, schools and colleges in Keamari have been closed owing to gas leakage.

Forensic Science Lab of Karachi University also stated that soybean dust could be linked with the latest deaths and breathing issue cases in Karachi.

Blood and urine samples of the victims were taken during the preparation of the report.

However, Dr Ataur Rehman said that such incidents have also occurred in other countries.

He cited 20 deaths in Spain during 1981-1987 and similar incidents occurred in Italy, US, and France.

Moreover, he said that soybean remained a common factor in such fatalities.

He further said that pollen-like dust in soybean causes allergy, which can cause problems for large number of problems.