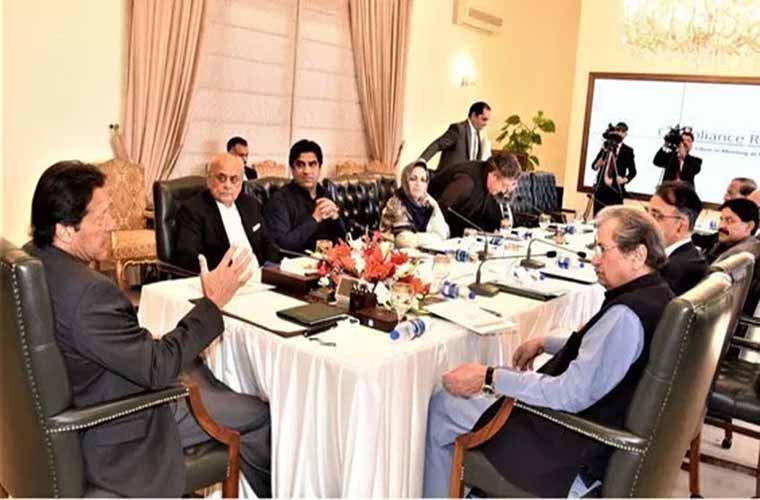 Prime Minister Imran Khan directed this while presiding over a meeting on civic amenities in the capital.

He directed the Interior Minister to establish complaint management system at every police station of the capital.

He also asked him to make Islamabad a model safe and secure city.

Moreover, he also called for taking steps according to the required needs relating to human resource.

He said that action would be taken against those violating the CDA bye-laws.

He said the government has decided to hold massive crackdown against smuggling in the country.

He further said the government will not tolerate elements involved in smuggling of food items, resulting in artificial inflation across the country.

The PM directed the Ministry of Interior to prepare and present a report containing details of anti-smuggling measures within 48 hours.

He also directed that short, medium and long-term measures be taken keeping in view proposals of Anti-Smuggling Task Force.

Similarly, other institutions, including IB, ISI, and FIA, have been directed to present regular monitoring report on measures against smuggling.