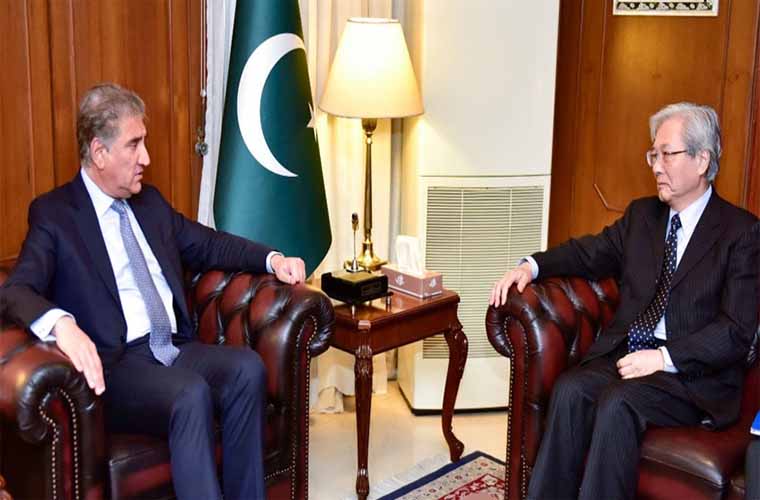 While talking to the UN Envoy for Afghanistan, Foreign Minister shared with him the Pakistan’s vision of economic prosperity and connectivity.
He further said that Pakistan’s vision cannot be realized without a peaceful, stable and prosperous Afghanistan.
Moreover, he also reiterated the commitment for safe and dignified repatriation of Afghan refugees to their homeland.
Meanwhile, Special Representative lauded Pakistan for hosting millions of Afghan refugees for over 40 years.

Prime Minister Imran Khan shared Pakistan’s viewpoint on the issue while talking to UN Secretary General, Antonio Guterres who called on him in Islamabad.
He reiterated Pakistan’s stated position that there remains no military solution to the Afghan conflict.
He said stressed that the establishment of sustainable peace and creation of conducive environment in Afghanistan will facilitate the return of Afghan refugees to their homeland in dignity and honor.
Pakistan reaffirms steadfast support for Afghanistan peace, reconciliation
PM Khan also highlighted Pakistan’s generosity in hosting millions of Afghan refugees for the last four decades.
He noted that the people of Pakistan drew inspiration to host refugees from the teachings of the Holy Prophet (SAWW).
He also highlighted the dire human rights and humanitarian situation in India Occupied Jammu and Kashmir as a result of India’s illegal and unilateral actions of 5 August 2019.
GTV