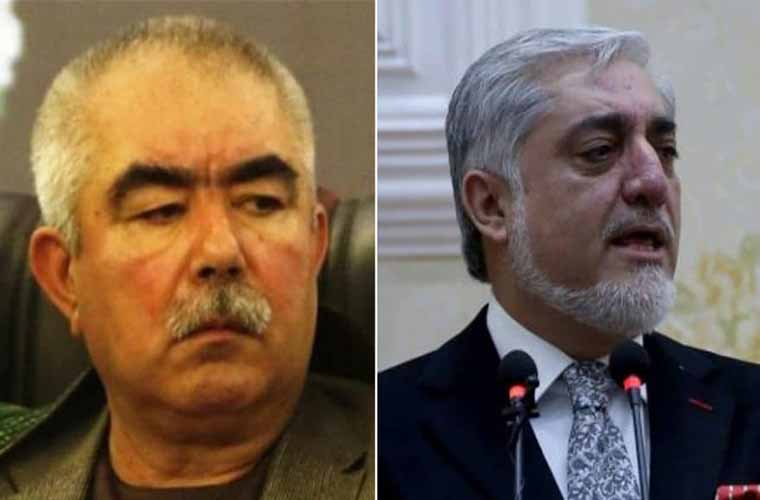 And then Abdullah’s running mate Dostum — who has long held outsized sway over the country’s politics — also rejected the final tally.
Afghanistan’s former vice president and powerful warlord Abdul Rashid Dostum also urged his supporters Wednesday to protest.
Moreover, he declared support for Abdullah’s move.
Election Commission of the country declared Ghani winner of the presidential election on Tuesday.
However, it prompted a subdued response from the international community as well as ordinary Afghans weary of the dragged-out process.

Dostum served as Ghani’s running mate in 2014.
The burly 65-year-old Uzbek warlord has switched allegiances many times since joining the Afghan army in the 1970s.
He had fought for the Soviets against the mujahideen and then with the alliance that helped overthrow the Taliban.
He had been vice president mostly in name alone, having spent much of the past four years in exile after being accused of rape and kidnapping.
Dostum said the announcement by the election commission amounted to a “coup”, and called on supporters to “hit the streets”.
Ashraf Ghani reelection as President of Afghanistan formally declared
Ashraf Ghani reelection as President of Afghanistan formally declared on Tuesday but rival Abdullah refused to accept it again.
Afghanistan’s Independent Election Commission declared Ghani nearly five months since the election held.
Officials announced Tuesday that Ashraf Ghani became the winner with 50.6 percent or 923,592 votes.
GTV

India grants 25 thousand Kashmiri domiciles to non Kashmiris since May